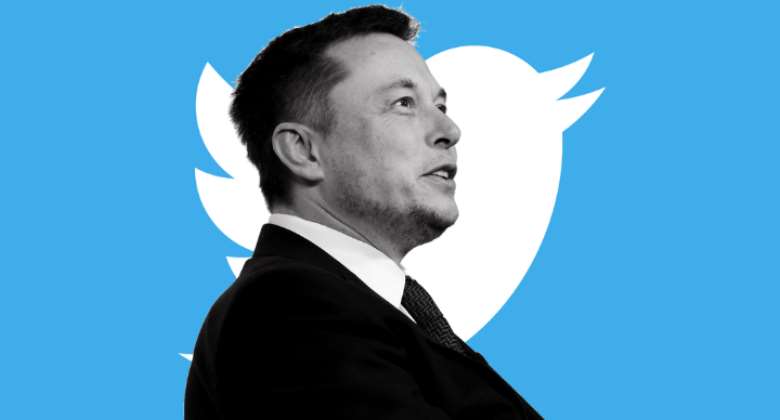 God has seemingly conquered again, if Elon Musk respects freedom of speech as promised. Words should primarily be gauged as truth or lie and followed by patience, not kind or cruelty and followed by cowardly censorship. This does not mean words cannot have other branches, including intelligence versus stupidity. Freedom of speech is a universal God given rights, except part of that freedom is a bait against the guilty. Words should and will be judged, but largely by God. Governments, companies, parents, etc can confirm such or temporarily take away God given rights, including freedom of speech, cannabis, and others.

Nothing can be more cowardly than to think lies can conquer truth, but cowards think in two extreme ends: that the world revolves around intelligence versus stupidity, or kindness versus cruelty. In such cowardly mindset, they can quickly censor the best or even act in very dangerous manners, just based on assumptions.

In concurrence with conscience, and Even from a religious perspective, chapter 103. Says 'Exhort each other to truth and patience'. This is an order, right, or suggestion with branches including words. Due to the fact that no one have exclusive ownership of truth and the term 'each other' means you cannot exclude anyone considered 'human'. If your opponents 'truth' happens to be lie, illusions, or cruel, your task is to expose it to possibly save your opponent and/or potential followers. People can be sincerely mistaken, including yourself, and only the humility of patience may save you. If you cannot have patience with words, I wonder what you may ever have patience on. Indeed, Patience is beyond words and another complex term with branches. This is why I said patience is hard for many believers, but lot harder for disbelievers and hypocrites. Part of it means deferring to God, not necessarily forgiving.

The challenges of our time is we do not understand the dangers of big or 'strong' government, even in revolving times and super vivid examples. When you over love/trust Obama, Biden, etc to define lies or cruelty and give them censorship powers; by extension you have literally given the power to Trump, Putin, Jammeh, Barrow, and xyz. You can foolishly blame the voters of such or learn to understand humans must take responsibility, and we should not over try to save the super gullible, except through teaching and exposing lies... That is a macro example, but Trump or Putin could have bought twitter or xyz and censor the truthful?

The EU just rolled out potential censorship laws in the name of fighting hate, so Musk is up to a challenge, but he is a fighter and may God help him towards the right direction.

Using Trump as example: As terrible as January 6 was, the regrets of those who acted and convicted is much more a learning opportunity than banning him from twitter. Banning him actually make some of his followers love him more. Despite being a president at the time, his lies were confronted enough to lose both fans and votes. This is a clear evidence that truth can defeat lies.

When the u.s government lied 'Cannabis has no medical value', imagine if they labelled cannabis activists as dangerously spreading lies to destroy our children and censor us from all social media. The dangers of giving certain powers to people who can be mistaken or even choose to lie is not to be taken lightly.

I wish God inspires Musk to fight for worldwide cannabis legalization, if he truly believes in freedom. We know he likes Cannabis, but will he help worldwide? Speculation claims his offer of 54.20 per share is a code, that the [5]'4.20' is referring to world cannabis day, celebrated every 4/20.

I have a dormant twitter account and will seriously consider leaving facebook for twitter. Musk should also consider having something to compete with whatsapp. Just like we disassociate with politicians who censor, we must avoid businesses that promotes censorship. Facebook censored me and many people over facts or harmless opinions. Facebook is allowed to lie that even dead facebook users are 'customers' to woo advertisers, and you think they can honestly police lies?

Having Bill Gates or xyz own too much land is much more dangerous than having Musk allowing good and bad speech. The Trump presidency confirm the hate we accused us of, that there are people worse than Trump and we must be careful as 'minority'. Censoring his type means many will foolishly take their guard off. Instead of censorship, have tougher laws against actual cruel acts. Rather than spend hours fearing, work and buy body cameras and other culture of cameras. Avoid following folks like Trump, except if you can effectively confront them. May truth prevail and God bless showlove Trinity; let's learn, let's work, let's have fun.

Note: Among the most beautiful and scary verses include ch.17:

81. And say, "The truth has come, and falsehood has withered away; for falsehood is bound to wither away."

82. We send down in the Quran (Recitation) healing and mercy for the believers, but it increases the wrongdoers only in loss. "

The term 'Recitation' in 17:82 includes those who cowardly and arrogantly misinterpret the Koran to commit terrorism, support punishing people for cannabis, etc; but it also includes other abuses of freedom of speech including back biting, insulting presidents or xyz with lies, and any form of word-oriented sin. Still, you have no right to take away God given rights like freedom of speech in the name of protection. Just because it is legal does not mean it won't be judged. The purpose of freedom of speech is share truth so vividly to conquer lies, then people choose and God judges.