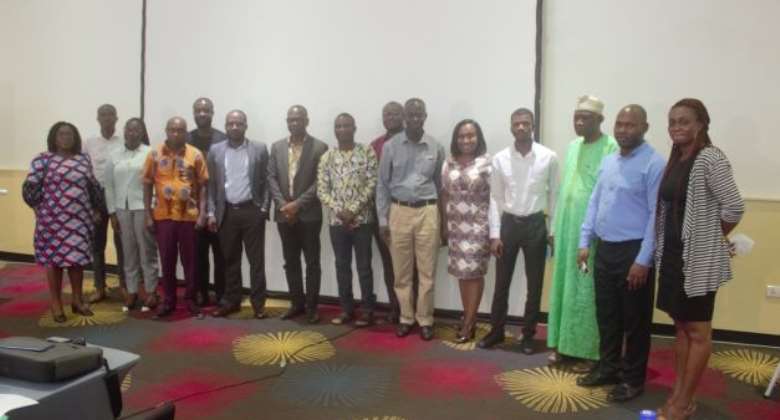 A research scientist has called for the adoption of genetically modified (GM) crops to help reduce the cost of production incurred by farmers in the country and ensure food security.

Dr. Jerry Nboyine, Principal Investigator, Pod Borer Resistant (PBR) Cowpea project at the Centre for Scientific and Industrial Research – Savanna Agricultural Research Institute (CSIR-SARI), who made the call, said embracing GM crops would reduce cost of production and also protect the health of farmers as there would be less dependence on chemicals to deal with pests.

Dr. Nboyine was speaking at a day’s workshop organised by the Open Forum on Agricultural Biotechnology in Africa (OFAB) as part of stakeholder engagements to boost awareness about the safety, profitability and sustainability of GMOs to food nutrition security here in Accra.

The CSIR-SARI is implementing the PBR Cowpea project in collaboration with African Agricultural Technology Foundation (AATF) with funding from United States Agency for International Development to among others develop a GM cowpea variety (BT Cowpea) that can withstand the maruca pod borer pest, a troublesome pest that destroys cowpea fields.

“Sections of the public have always resisted the cultivation of GM crops in the country, arguing it is dangerous to human health and will lead to the extinction of local seeds.

"To this end, the country has instituted stringent legal requirements and regulations that must be complied with to undertake research on GM crops and or production of GM crops in the country.

"The CSIR-SARI has complied with all the legal requirements and regulations to conduct research activities on the BT Cowpea,” he said.

The Chief Executive Officer of the National Biosafety Authority (NBA), Mr. Eric Amaning Okoree indicated that the outfit will be working closely with growers of genetically modified crops to ensure strict adherence to procedures and rules as it seeks to protect the integrity of conventional crops in the country.

“We have documented the conditions relating to the breeding of GM crops and we will apply them as part of the terms granting the permit. When permit is given conditions are also given because we want to maintain the integrity of conventional crops,” he said.

He added: “As biosafety experts, we know the biology of the cowpea which is self-pollinating and also how far the maruka and other insects that feed on them will travel. So, we have recommended how far the next conventional farm will have to be so that there will not be any cross-fertilisation or pollution”.

The NBA is yet to endorse the commercialization of Ghana’s PBR Cowpea, the first genetically produced crop in the country after series of stakeholder engagements with huge interest from farmers and other agric value chain actors across the country.

But in line with laid down procedures, the authority says it has already placed an advertisement in the newspapers soliciting feedback from the general public towards the approval of the PBR cowpea.

“The rule is that for anyone that wants to release GMOs into the environment, we have to invite the public to give their comments as part of input into decision-making process. The intention is to get the public to contribute to the decision making on the introduction of GMOs onto the domestic market.

"With an increase in human population and the improvement in technology, we need to ensure that food security is attained. This requires we innovate and improve using modern biotechnology,” he indicated.