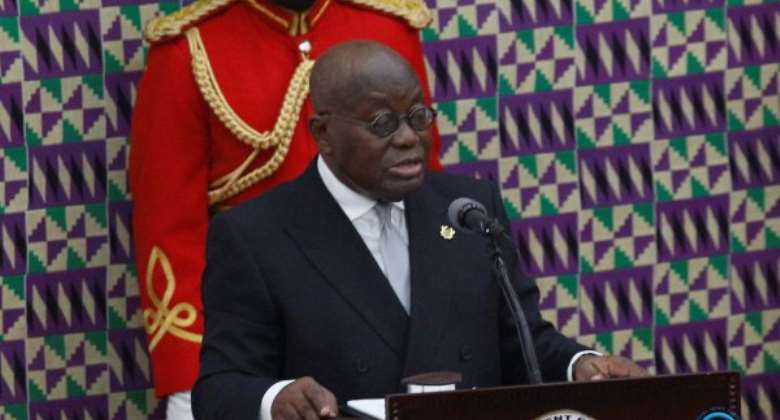 He noted that with the programme, the State now plays the role of a facilitator, through the provision of land, infrastructure services, and tax incentives and exemptions, to subsidize the cost of construction of the housing units, to reduce their prices.

The President said in furtherance of this, preparatory works have commenced for the development of two designated sites at Pokuase/ Amasaman in the Greater Accra Region, and Dedesua in the Ashanti Region.

President Akufo-Addo delivering the 2022 State of the Nation Address (SONA) in Parliament on Wednesday, said the programme was expected to deliver some 12,000 housing units.

The SONA sets out the Government's key policy objectives, deliverables for the year ahead, highlights of the government's achievements and interventions.

He said the long wait for decent and secure accommodation for public servants at the district levels would soon end.

The President said the Government, through the State Housing Company Limited had commenced works on the preparation of the District Housing Programme for the construction of rental housing units at the District Level for public servants.

The pilot phase will be implemented in 16 Districts across the 16 regions of the country.

The project is currently 30 per cent complete.