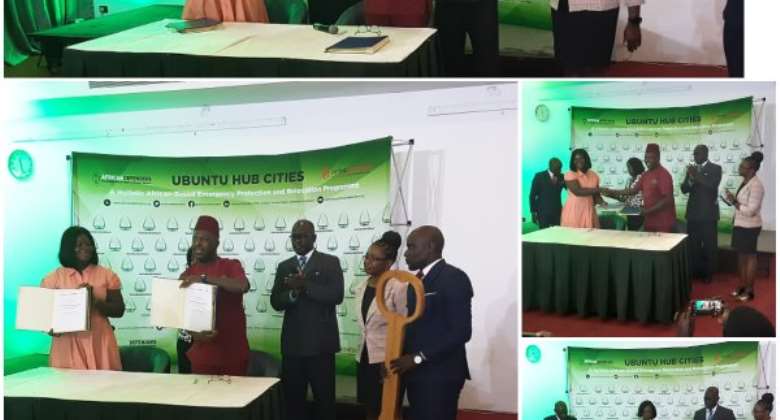 The Gender Centre for Empowering Development (GenCED) and African Defenders, a Pan-African Human Rights Defenders (HRDs) Network, have signed a Memorandum of Understanding (MoU) to set up the 7th Ubuntu Hub in Accra.

The Hub will serve as a safe haven for Human Rights Defenders and in some instances, their families within the continent who are subjected to attacks, threats, violence, and extreme pressure as a consequence of their human rights works.

The MoU would ensure that such victims are given medical, social, educational and psychosocial support in Accra or another African country if they so will, to ensure their wellbeing and development.

Mr Shire said it was prudent for Africa to stay alive and support each other to close the gaps such as threatening, torturing, murmuring, and crying caused as a result of the lack of protection of its people.

A feasibility study conducted by the parties proved that Accra in Ghana was the most suitable host for the initiative as its political, security, and human rights records gave the idea that the city provided an appropriate environment for the relocation of at-risk HRDs, he said.

“Why do human rights defenders need to travel to Finland, just to seek a safe haven, why can't we seek one from another country within our own continent,” he said.

He explained that the cost of relocating African HRDs at risk to another continent was prohibitory expensive, and the HRDS often faced cultural displacement, stigmatization and cultural and language barriers, hence, finding themselves unable to actively continue their human rights activism when relocated outside of the continent.

In 2019, he said the African Defenders, therefore, launched the Ubuntu Hub Cities, with the aim of providing at-risk African HRDs, with options for safe internal and external temporary relocation without having to leave their home continent.

The initiative since its inception has created a Hub in Kampala, Abidjan, Tunis, Johannesburg, Pretoria, and Cape Town.

Through their diverse local partnerships, Mr Dire said relocation also provided an opportunity for HRDs at risk to learn and share experiences, so that, they could have a positive impact on the host community and return home with enhanced capacities to protect and promote human rights.

Under the Ubuntu Hub Cities Initiative, he mentioned HRDs, Journalists, Writers and Scholars, Trade Union Workers, Human Right Lawyers and Artists as some of the groups they supported.

Ms Esther Tawiah, the Executive Director, GenCED, said African leaders had to stay true to the power and give voice to the ordinary citizen who gave them the mandate.

If a woman's voice was silenced, she said the voices of thousands were silenced and marginalized, hence, he expressed optimism that the initiative would not just protect the HRDs, but guard them to continue speaking for the voiceless in society.

Mr Joseph Whittal, the Commissioner, Commission on Human Rights and Administrative Justice, in a speech read on his behalf, said Accra was chosen for the 7th Hub because Ghana was identified as a safe space that could provide security and protection for the victims.

The Commissioner underscored the need for HRDs to operate in the right atmosphere to advocate rights on gender equality, social justice, children, women, persons with disability and the ordinary citizen.

He reiterated the existence of risks and intimidations for HRDs, despite the democratisation of many nations, regions, and continents.

Mr Whittal said defending human rights was not a crime but a step to ensure that one achieved full potential in life without distinction to make the world a better place.