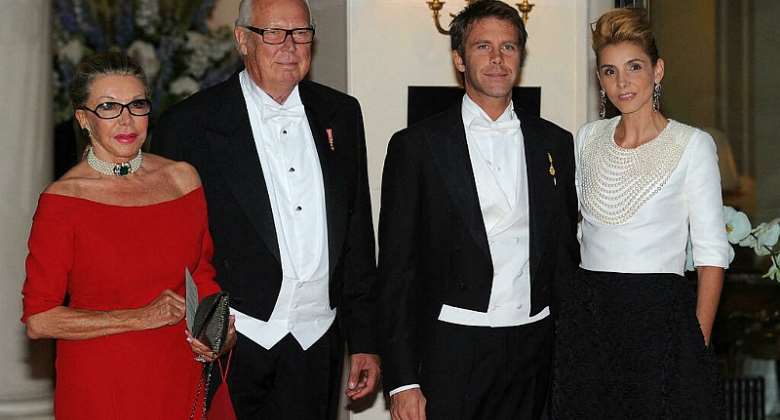 Italy's former royal family, the House of Savoy, has asked the country's central bank to return the crown jewels, a lawyer for the family said. The jewels from the dynasty that ruled Italy until the monarchy was abolished in 1946 have been kept in a vault at the Bank of Italy since the end of WWII.

All male heirs from the House of Savoy were exiled from Italy, when the last king, Umberto II, fled to Portugal. A representative of the family deposited the jewels with a note reading: “To be returned to the rightful owner.”

The exile of male heirs was done away with in 2002, when parliament voted to allow them to return as private citizens.

In November last year Prince Emanuele Filiberto of Savoy, grandson of King Umberto, declared ownership of the jewels, requested they be returned, and began a legal process against the Italian state.

A first meeting in a mediation process was held this week between Prince Emanuele Filiberto and his lawyer and representatives of the Bank of Italy but reportedly ended inconclusively.

However, the family's lawyer, Sergio Orlandi, says the family will get the jewels back that have been in the vault for more than 75 years.

The Bank of Italy is likely to defer to the government for a decision on the request to have the crown jewels returned.

The collection of the House of Savoy jewels is believed to be worth at least 300 million euros and include 6,000 diamonds and 2,000 pearls mounted on tiaras, earrings, necklaces and brooches.

The collection has never been seen by the Italian public unlike the crown jewels of the British royals that are exhibited in the Tower of London.

The prospect of putting them on display was considered in 2006 by the then head of the Bank of Italy, Mario Draghi, today Italy's prime minister, but nothing came of those discussions.

Prince Emanuele Filiberto recently said its “ridiculous” that the jewels are still in the Bank of Italy, adding that Italy was the only republic where the private property of the former royal family is still in the hands of the state.

Even Bulgaria and Yugoslavia had restored private possessions to their royals as has Russia to the heirs of the tsars, he said.

Whether members of the House of Savoy will be successful in having the jewels returned is far from clear, but the prince has said he is prepared to take the case to the European courts if necessary.

He believes the jewels should eventually be shown not only to Italians but also to foreign tourists.