Can you send an additional Ghc800 to me? 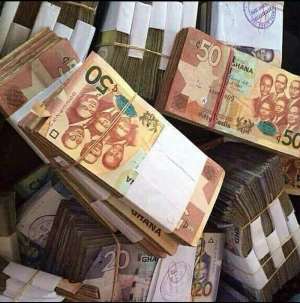 Years ago, communicating with a friend, relative and acquaintances was quite demanding. This was because the means of communication was through the post office and sometimes telephone calls. For you to even communicate in the village through letter writing, there is a need to seek the services of a learned person. A Krakye". The krakye writes and reads content of letters to people. He even writes for the chiefs and opinion leaders who aren't learned. To be a Krakye then could be likened to say a president because he receives a lot of gifts from these people.

However, there were quite a number of times these krakyes ended up misleading their clients. Imagine a krakye who misinterprets the phrase "scores of people have been affected by the snow in the US" as "the US soccer team has scored a lot of goals this season “for a mother whose son stays in the US, and had apparently written to her to indicate the state of affairs in the US via letter writing.

The woman out of surprise quizzes “Krakye are you sure that is the content and he replied angrily Wakɔ sukuu da" literally meaning Are you educated? “I am only given you what your son wrote to me. If you think otherwise, you are at liberty to go to the communication centre to inquire” he concludes. The woman then takes the letter and scan through it herself even though she doesn't know what it entails. So you see, a clear case of a Krakye misleading the Borger's mother but as Dr. Bawumia would say "you and I weren't there".

With the emergence of technology, things have become much more easier and this could be seen with the influx of modern influenzas like the smart phone, laptops, iPads, television among others which help in effective communication and information dissemination. Few days ago, the likes of the CNN, Aljazeera and the BBC reported on the Apiate explosion incident that succeeded in claiming innocent lives. Thanks to technology, they were not here but their correspondents and social media journalists made it possible to convey a message of the incident via the use of their smartphones across to them. In Ghana, the telcos play an integral role in communication among people from all walks of life.

The Mtn, Tigo and Vodafone have all contributed their quota to national development by way of rendering essential services to the populace. Mobile money has been helpful in this regard except for the activities of some people whose intention is to make the mobile money unpopular and ruin the image of these telcos operating it. Have you checked your MoMo balance today? Your guess will be good as mine. It’s either you owe quick loan or planning to lend from the service. Considering the hardship Ghana is facing. I boarded one the STC buses for Sunyani and something interesting happened. A man called the driver and mentioned that an amount of 450gh had been wrongly sent to his number and hence the need to resend to his number. The driver asked where he was calling from and the miscreant replied Nkroansa in the Brong-Ahafo Region.

The driver then indicated that “I just received an amount of GHC450 but I would be glad if you could send an additional GHC800.The fraudster upon hearing these reigned insults on the driver "Nyame bɛ tua wo ka, ɛnti wonfa me sika ɛmma me?" literally meaning God will punish you, won't you send the money to me? I know this has reminded you of an encounter you might have had with these fraudsters who disguised themselves as Mtn workers and end up making away with monies of innocent subscribers on their mobile money wallet. So you see, can you send an additional GHC800 was motivated by my experience in the STC bus. This article of mine is intended to educate, inform and entertain you not compromising on the need to be vigilant when speaking to some of these miscreants who pose as mtn workers. They might call you tomorrow to tell you that a certain amount of money had been sent to your wallet so you must reverse it. Please don't. It is one of their modus operandi. I ask again, can you send me an additional GHC800?

Nkoranza youth clash with police over ‘suspicious’ murder of...
59 minutes ago