By Abantu For Development
Article 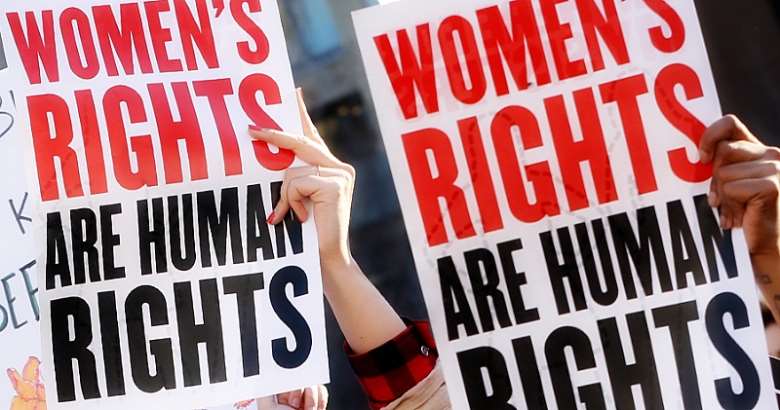 This acknowledgement is evidenced by their acceptance of various protocols, conventions and legal frameworks, including the Sustainable Development Goals. However, the challenge remains that many leaders have delayed the development and implementation of national plans towards achieving the goal of women’s equal representation and participation in decision-making processes.

The failure to do so and many others were the reasons behind the adoption of the Solemn Declaration on Gender Equality, and the Protocol on Women’s Rights by the African Union to push countries into action. A common feature of these treaties and protocols is that gender equality and women’s empowerment is fundamental to development, democracy and peace.

These treaties and protocols also underscore the need to use temporary measures like affirmative action to achieve these laudable goals. Thus, these goals can only be achieved through consciously outlined strategies of which Affirmative Action presents itself as a guaranteed option.

ii. More women to be appointed onto all appropriate Advisory Bodies. iii. National Target: Achieve at least 40% representation on all bodies. iv. The 1998 Affirmative Action Guidelines also required that:

v. Electoral Commission encourage all political parties to put up more women as parliamentary candidates to pave the way for the 40%

vi. District Assemblies – 30% out of the 30% appointees to be allotted to women

While these acts, directives and guidelines have had some successes, particularly in improving the male-female ratios in primary education, it has been less effective for improving women's representation and participation in politics and public life. The reason is that these measures and guidelines are centred on the existing political regime and so a change in government inadvertently means nullification of such acts and policies.

On the other hand, the legal legislation of such Affirmative Actions into Law makes it binding on successive governments to implement them and the aim of increasing women’s representation and participation in decision making spaces would be achieved.

Ghana has been working on developing an Affirmative Action Law (AA Law) for over seven years. The Bill seeks to reverse the discrimination of the marginalised groups (women) and the subsequent adverse effects on sustainable development. It provides a framework to help eliminate discrimination on the basis that each citizen shares the equal right to self-development and that women with equal abilities should have equal opportunities regardless of gender under Article 17 of the 1992 Constitution.

The AA Law is to promote the full and active participation of women in public life by providing for a more equitable system of representation in electoral politics and governance in accordance with the Republic of Ghana’s international and constitutional obligations and national development aspirations. In June 2016, the final draft of the Bill received Cabinet’s ascent and was tabled before Parliament. Failure to pass the Bill which was at the consideration stage meant that work had to start from the beginning with the new government. Currently, the Bill has been finalized and with Cabinet. Although successive governments have shown some level of commitment and dedication to the passage of the Bill, the pace for the passage of the Bill is rather slow.

Some of these African countries gained independence much later than Ghana. However, they have made significant progress in increasing women’s representation and participation in decision making spaces through Affirmative Action mechanisms. An Affirmative Action Law, therefore, presents itself as the guaranteed way to increase women’s representation in decision making spaces such as Parliament, District Assemblies, Ministerial and Ambassadorial appointments and other areas of governance in Ghana.

The time is therefore overdue for Ghana to pass its own Affirmative Action Law, that promotes women’s effective participation and representation in all decision-making spaces.

As the former Honourable Speaker of Parliament, Professor Mike Ocquaye, has said, Affirmative Action is an instrument of social engineering to cater for some wrong done by the society that needs to be corrected. It is the essence of law-making; the law is an instrument of mischief correction. We are therefore calling on all key stakeholders to expedite processes towards the passage of Ghana’s Affirmative Action Bill into Law.

Hottest Photo Reports
Catch up with all the political quotes from our politicians.
Advertise here
More from Article
ModernGhana Links
Teacher Union Strike Declaration – The Gimmick Of Leaders’ Frustrations
It is time to confront the mental health issues faced by men
Do humanitarian agencies help refugees become independent? Evidence from history
TOP STORIES