Read deeper, if not you might think there's nothing in 2022 budget for your constituency or district — Binduri MP to critics 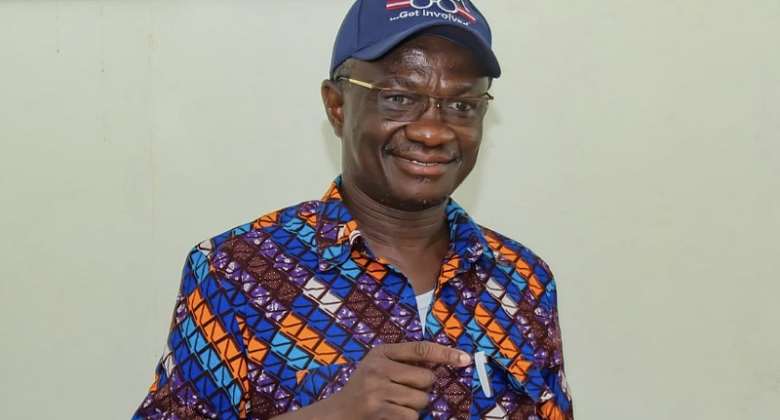 He is asking critics to read deeper into the 2022 budget.

“If you don’t go deeper in the budget, you might think there is nothing for your constituency or your district but that is not the case. You need to go into the details of the budget”.

Speaking to this reporter in an exclusive interview on Thursday, December 9, 2021, Mr. Abanga said, one critical policy that will enure to the benefit of the youth in Binduri and Upper East Region in general is the 'YouStart.’

He pointed that the Pwalungu Multi-Purpose dam which he described as a game-changer for the people of Upper East was captured in the 2022 budget with funds allocated for the project.

“One critical or far-reaching policy I have seen in the budget that contains goodies for our people is this youth employment solution that has been provided in the budget the ‘YouStart’. This is an initiative the government intends to support over one million youth to be able to set up their own businesses either as individuals, SMEs or groups. What is happening in Upper East currently, is a national problem and our problem is that we have young people who are looking for jobs and they can’t find jobs. So, what we need to do, is to position ourselves well as leadership to get our people ready to take advantage of this policy,” he stated.

Responding to the controversial E-Levy, he said the only way nations across the world could survive is taxation.

“That only way every country across the world survived their economy. In fact, even if the government goes to borrow and come and construct infrastructure, it is the same taxes that the government will collect from the people and pay back the loans. So, we have to decide, if we want to contribute so that we can get more feeder roads in various constituencies and districts if we want agenda 111 which Binduri is a beneficiary with some other districts in the region. After the construction, we have to recruit doctors, we have to recruit nurses so that when one is sick and he went to the hospital, there will be some people to take care of your health. The Free Senior High School (FSHS) which district is not benefiting from it? In this budget, is going to be taken care of. Planting for Food and Jobs (PFJ), who in the Upper East region, have not benefitted from PFJ? So, E-Levy is a way of raising money to support the roads, the hospitals, FSHS, and so on,” he stated.

He added that “I would just want to encourage everybody that anytime you drive on the road, anytime you went to the hospital, anytime your child goes to secondary school and he or she is not paying fees, you have to understand that somebody is paying the cost of those things and so, this E-Levy is calling on you to make your contribution towards these social amenities you all enjoy every day. So, you shouldn’t think that you are paying money for nothing in return”.

External factors stripped off gains Akufo-Addo gov’t made in...
35 minutes ago