2022 budget: Bagbin may have approved Minority’s motion while away – Majority Leader jabs 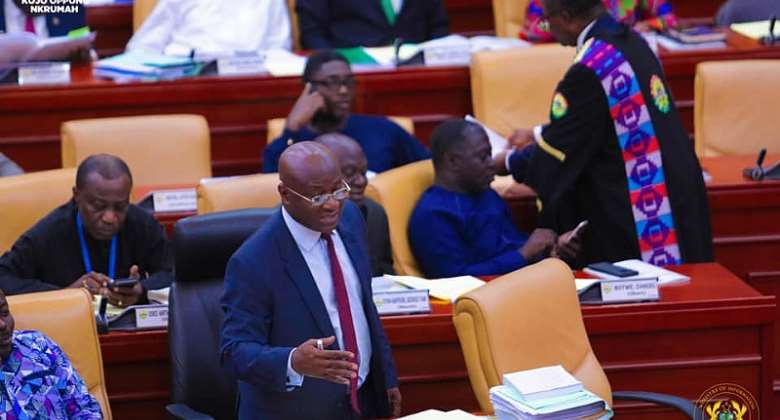 The Majority Leader, Osei Kyei-Mensah-Bonsu, says the Speaker of Parliament, Alban Bagbin, seems to have approved a motion filed by the Minority in Parliament on the 2022 budget while he [Bagbin], was outside the country.

Osei Kyei-Mensah-Bonsu insists that the First Deputy Speaker, Joseph Osei-Owusu, assumed full responsibility for the conduct of business in the Chamber, while the Rt. Hon. Speaker was away, so if it turns out that Mr. Bagbin indeed admitted the motion, then it does not auger well for parliamentary practice in Ghana.

Speaking to Citi News, the Minister of Parliamentary Affairs said: “The First Deputy Speaker is assuming full responsibility for the transaction of business in the Chamber, but my understanding is that the Rt. Hon. Speaker has minuted on the motion [from the Minority] that he has admitted it. If that is the case, then we are in for something dangerous.”

The Minority filed a motion challenging the conduct and ruling of the First Deputy Speaker on the approval of the 2022 budget on December 1.

But the motion hit a snag when the First Deputy Speaker refused to accept it.

On the back of this, the Minority Leader, Haruna Iddrisu, on Monday, December 13, 2021, released a statement serving notice of not relenting in its effort to challenge the First Deputy Speaker's ruling on their motion to set aside the approval of the 2022 Budget Statement and Economic Policy.

According to him, he will pursue the motion when the Speaker of Parliament, Alban Bagbin, returns from his medical trip on December 14, 2021.

He argued that the December 1 ruling by the First Deputy Speaker “contravenes the Rules, Conventions, and Practices of the House and was actuated by bias.”

“The NDC Minority Caucus which I lead, and my good self, vehemently disagree with your position on the motion and your conduct in this matter. We take the strong view that your conduct affronts Orders 79, 81, 82, and 90 of our standing orders and can no longer be tolerated.”

“In that regard, we are resolved to pursue this matter further with the Right Honourable Speaker upon his return,” Haruna added in his response to the First Deputy Speaker's letter rejecting the Minority Leader's motion for the setting aside of the December 1 ruling on the 2022 budget.