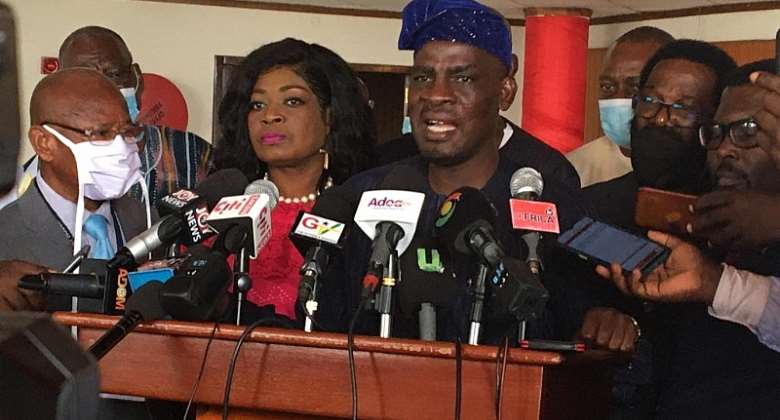 The Minority Leader in Parliament, Haruna Iddrisu, is not enthused with the First Deputy Speaker, Joseph Osei-Owusu’s dismissal of his motion seeking a reversal of the controversial 2022 budget approval.

He said his side will pursue the motion when the Speaker of Parliament, Alban Bagbin, returns from his medical trip on December 14, 2021.

Mr. Iddrisu filed a motion challenging the First Deputy Speaker's ruling after his earlier motion seeking to reverse the approval of the 2022 budget was rejected.

He had argued that the December 1 ruling “contravenes the Rules, Conventions, and Practices of the House and was actuated by bias.”

Mr. Iddrisu in a statement on December 13, 2021, stated that: “the NDC Minority Caucus which I lead, and my good self, vehemently disagree with your position on the motion and your conduct in this matter. We take the strong view that your conduct affronts Orders 79, 81, 82, and 90 of our standing orders and can no longer be tolerated.”

“In that regard, we are resolved to pursue this matter further with the Right Honourable Speaker upon his return,” Haruna added in his response to the First Deputy Speaker’s letter rejecting the Minority Leader’s motion.

Parliament on December 1, 2021, approved the 2022 Budget Statement and Economic Policy of government in the absence of Minority MPs.

Following a motion by the Majority Leader, Osei Kyei-Mensah-Bonsu, and a vote by the House, the First Deputy Speaker, Joseph Osei-Owusu, ruled that the earlier decision by the House to reject the budget was in error and in violation of Article 104 (1), and caused it to be expunged from the records.

Parliament subsequently approved the budget without the Minority, a decision the Minority Leader wanted to reverse with his earlier motion.

External factors stripped off gains Akufo-Addo gov’t made in...
7 minutes ago