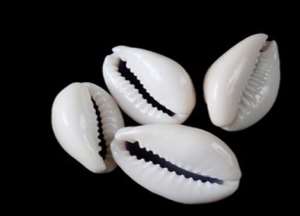 The preparation of the annual national budget is one of the oversight constitutional duties of the President of Ghana. Accordingly, Article 179 (1) of the 1992 Constitution states, “The President shall cause to be prepared and laid before Parliament at least one month before the end of the financial year, estimates of the revenues and expenditure of the Government of Ghana for the following financial year.” Section 21 (3) of the Public Financial Management Act, 2016 (Act 921) also has similar rendition.

In accordance with the above constitutional provision and since the first term of the J.A. Kuffour Administration (2000-2004), the executive arm of Government has been presenting the country’s annual budget to Parliament in November each year for approval.

The only time an ensuing year’s budget is not presented to Parliament for approval at least one month before the end of a financial year is when the financial year ending is an election year. For example, because 2008, 2012, 2016 and 2020 were election years, the budgets for the years following these election years were presented in Parliament for approval in March 2009, 2013, 2017 and 2021 respectively. In an election year, an incumbent President does not cause the draft budget to be prepared and laid before Parliament in advance of the election because one is omniscient tell which political party will win the election. This is so because the winning political party’s manifesto is a poignant force in determining the budgetary estimates. The President presents the draft budget to Parliament through the Finance Minister.

The 2022 Budget Approval Controversy in Parliament

Mindful of the fact that 2022 is not an election year, the Akuffo-Addo Administration fulfilled the provision of Article 179 (1) of the Constitution by presenting the 2022 national budget to Parliament on Wednesday, November 17, 2021 for consideration and approval by the legislative House. Unfortunately, this year’s parliamentary budget approval process has generated a huge controversy on the floor of Parliament and it became a wild fire in national discourse. Even though 2022 is not an election year and the year 2021 is fast ending, Ghana has not yet tied a bow on its 2022 budget approval.

The controversy emanated from the Executive’s intention to remove road tolls and impose an electronic levy on the people of Ghana. Under item 246 (iv) of the 2022 Appropriation Bill, the Executive proposes to impose an Electronic Transaction Levy (e-transaction levy) of 1.75 percent on the value of digital transaction and exempt daily transactions of a cumulative value of GH¢100 or less, per person subject to approval by Parliament. The incumbent Administration also seeks to charge zero rate tolls by removing toll charges on all public roads and reassign the current work force collecting road tolls effective immediately the Budget is approved by Parliament so that they do not become any worse off because of the policy [item 246 (v)] of the 2022 budget estimates.

These two provisions in the 2022 Appropriation Bill have led to the controversy because the e-transaction levy is irking to the public.

In fact, Article 174 (1) and 174 (2) mandate only Parliament to impose taxation on the people or waive taxes through the passage of an Act of Parliament. Contrary to these constitutional provisions and contrary to the 2022 budgetary statement that the road tolls shall be removed immediately Parliament approves the budget, the Executive removed the road toll collection less than 24 hours after presenting the budget to Parliament and it has not been restored since then. The Speaker of Parliament gave an order for the restoration of the road tolls upon the strength of Article 174 (2) but nothing changed.

The budget approval controversy became so alarming to the extent that for the first time in the political history of the country, the Members of Parliament who belong to the ruling political party had to walk out from the Appropriation Bill they prepared and laid before Parliament for approval. In the absence of the majority Members of Parliament (MPs of the ruling party), the opposition MPs disapproved the 2022 budget estimates subject to modification and removal of the estimates relating to some unacceptable taxes proposed to be levied on the people of Ghana.

Afterwards, the majority MPs also returned to the House and approved the 2022 budget in the absence of the minority MPs who also walked out. On this occasion, the First Deputy Speaker who sat as Speaker of Parliament counted himself as part of the majority’s quorum and sat at the same time as the Speaker of Parliament. The minority MPs later challenged this act of the First Deputy Speaker, grounding their arguments on the combined effects of Articles 102 and 104 of the 1992 Constitution as well as relevant Orders of the Standing Orders of Parliament. This leaves the budget hanging as the majority side of the House is trying to engage the minority MPs for a truce. Suffice to say in legal parlance that the 2022 budget approval process has ended ad nauseam.

Most Ghanaians who find the e-transaction levy of 1.75% as a nuisance tax are angry that Government intends to compound the existing economic hardship most of the people, especially the masses are going through. They cited the incessant fuel price hikes at the pumps and the suffering of the unemployed to back their rejection of the e-transaction levy while others argued that such a levy will lead to double taxation. Some Civil Service Organisations (CSOs) have also joined the unending debate and the stalemate regarding the 2022 Appropriation Bill. It is currently unclear whether or not the 2022 Appropriation Act is passed even as 2021 draws speedily to an end. The perplexity is that whereas the majority MPs are of the view that the 2022 budget approval is a done deal, the minority holds an opposing view.

What is the way out if the stalemate on the 2022 Budget continues?

Government machinery runs without ceasing so it is practically impossible to stop governmental financial transactions if the 2022 budget is not approved before or on December 31, 2021 and Government makes no alternative arrangements for public expenditure in the ensuing year. Methinks that if the budget is not approved, then the only way out is for the Akuffo -Administration to enforce Article 180 of the Constitution by presenting provisional estimates to Parliament for approval for the expenses covering the first three months of 2022 just as what happens in an election year.

Article 180 states, “Where it appears to the President that the Appropriation Act in respect of any financial year will not come into operation by the beginning of that financial year, he may, with the prior approval of Parliament by a resolution, authorise the withdrawal of moneys from the Consolidated Fund for the purpose of meeting expenditure necessary to carry on the services of the Government in respect of the period expiring three months from the beginning of the financial year or on the coming into operation of the Act whichever is earlier.” Section 23 of the Public Financial Management Act makes more explanatory provisions regarding the enforcement of Article 180 of the Constitution.

Alternatively and administratively, the President may cause the removal of the e-levy from the 2022 budget.

To this end, I hope cool heads will prevail and entrenched positions will be addressed in the interest of national development in ways that do not compound the existing economic hardship the people endure. Our political leaders know what to do so they should eschew the partisan politics and propaganda in their approach to the developmental agenda that the entire country will benefit from. No country develops with confusion. Jesus said, "Every kingdom divided against itself will be ruined, and every city or household divided against itself will not stand” – Mathew 12: 25