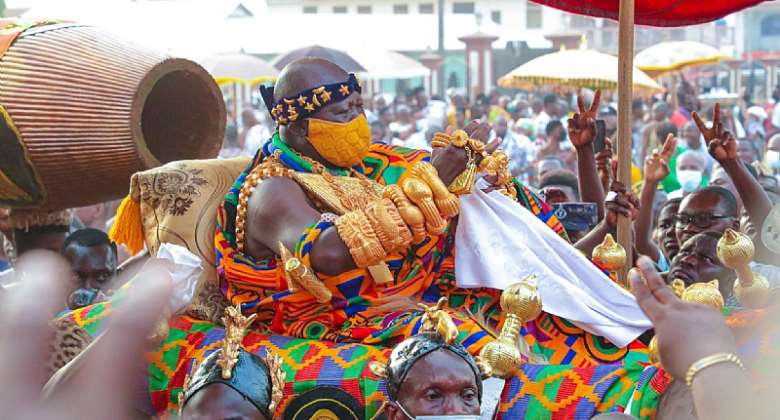 The Asantehene of Asanteman, His Royal Majesty Otumfuo Osei Tutu II has urged government to be welcoming and open to criticism and inputs into the 2022 budget.

The message from the revered King comes in the wake of the standoff in Parliament on the 2022 Budget Statement and Economic Policy proposal of the government between the Majority and Minority Caucus.

“It is to our good that our representatives in Parliament subject national budget to the most vigorous scrutiny and to call for changes. Government must always also have the humility to acknowledge and embrace useful inputs from all sources,” His Royal Majesty Otumfuo Osei Tutu II said at Manhyia Palace on Sunday, December 12, 2021.

According to Otumfuo, although the budget should be subjected to vigorous scrutiny, it should not be in a way that will frustrate government and hinder the execution of its mandate.

“But our representatives need to also bear in mind that it is not the role to either determine policy for the executive or to frustrate them from performing their legitimate duty,” the Asantehene added.

This week, the debate on the 2022 budget will continue in Parliament. Still not in favour of the Electronic Transaction Levy (E-Levy), the Minority insists that it remain against the budget.

However, sources have told Modernghana News that the budget is likely to receive approval by Friday before Parliament goes on recess for the Christmas holidays.