We need a moonshot for Africa’s land restoration movement

Degradation of agricultural land due to climate change threatening millions of livelihoods.
By Ibrahim Mayaki and Wanjira Mathai
Article 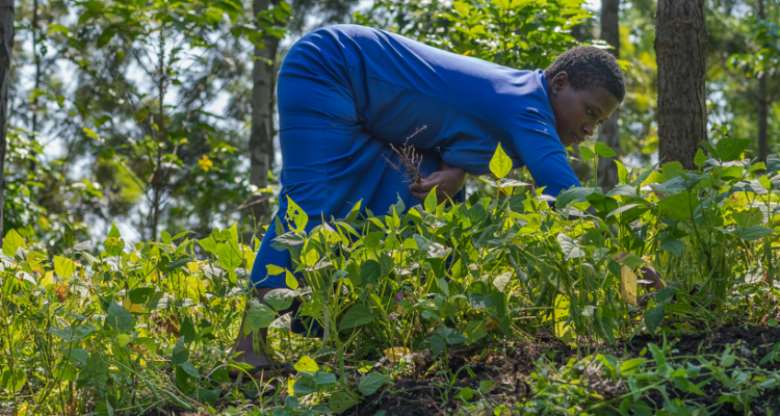 Six years ago, African leaders recognized that the degradation of 65 per cent of Africa’s agricultural land threatens economic and environmental ruin for millions of farmers.

They realized this just as the effects of climate change – lower crop yields, erratic rainfall, prolonged droughts – are making life harder for millions of farmer communities, herders and city dwellers.

The AFR100 Initiative was born to reverse this destructive trend. Locally led, this program aims to begin restoring 100 million hectares of land by 2030 with a wide variety of techniques that support healthy rural communities and thriving ecosystems.

African leaders had the evidence to back up that goal. Every $1 invested in land restoration can bring $7-30 in economic benefits, and a fully healed nature could provide up to one-third of the cost-effective climate mitigation needed to keep global warming below 2 C. Restored landscapes produce more food while making communities more resilient to desertification, droughts and floods.

They also knew it could be done. Champion farmers like Yacouba Sawadogo mobilized communities to regreen 5 million hectares in the dry Sahel. Through the Green Belt Movement,

Nobel Peace Prize Laureate Wangari Maathai empowered more than 4,000 women’s groups to protect and restore their farms and Kenya’s forests, even under the threat of death.

Her legacy continues to inspire: Communities in Senegal have grown more than 150 million mangrove buds in the country’s wetlands under the leadership of former minister Haidar el Ali.

That history of grassroots success has inspired 32 African governments to join the AFR100 movement. Countries have created national restoration programs that create jobs for young people, and thousands of local entrepreneurs, nonprofits and cooperatives have mobilized communities to protect and regenerate ecosystems.

But we know that Africa is far from achieving that lofty goal. Even though funders have committed more than $16 billion to AFR100 and the Great Green Wall, little has reached frontline communities. Deforestation and ecosystem degradation continue at a rapid pace.

But the core of the problem is that there is little financial support for the continent that has contributed least to climate change but will suffer from its worst consequences. Governments in developed countries, private sector corporations, and the rich and powerful – the source of most of the world’s carbon pollution – owe a debt to climate innovators in Africa.

Local leadership is key because communities manage nearly 70% of African land, and they know how to make thousands of ecologically and socially sustainable projects bloom. There is no equitable path toward net-zero emissions by 2050 that doesn’t invest in the entrepreneurs and community leaders restoring land.

We need a moonshot for Africa’s restoration movement, and it starts today. African heads of state at COP26 in Glasgow issued a call to action to private funders and government donors: Mobilize $2 billion for locally led African restoration programs by the end of 2022.

With those resources, we could invest in hundreds of local champions and provide them with the technical assistance they need to succeed. That could spur more funding to begin the regeneration of a projected 20 million hectares by 2026 and bring an estimated $135 billion in benefits to 40 million people. Add a transparent monitoring system for tracking progress and the 100-million-hectare goal becomes a real possibility.

To kickstart this new phase of AFR100, the Bezos Earth Fund, One Tree Planed and Facebook announced an initial $20 million, with an eye toward catalyzing much larger investments in 2022. A grant to the Albertine Rift Conservation Society will enable this network of women-led cooperatives to grow hundreds of thousands of trees on smallholder farms.

In South Africa, a loan will empower entrepreneur Siyabulela Sokomani to expand his nursery and plant dozens of native tree species throughout marginalized city neighborhoods and rural areas. And a grant to local organizations in Freetown, Sierra Leone, will increase tree cover, lowering street temperatures and helping Mayor Yvonne Aki Sawyerr’s transform her city into the “Treetown she has envisioned.”

As representatives of the African Union and an international research organization, we are calling on donors, technical experts, and African governments to build customized solutions for people restoring land.

Most importantly, we call on public donors and private funders to step up their investments in community organizations and entrepreneurs through AFR100. This is a step they must take if their professed belief in Africa’s future is more than empty platitudes.

In 2030, we want to look back with pride on our actions to restore hope and prosperity to Africa’s rural and urban landscapes. Failure is simply not an option.

Dr. Mayaki is the CEO of AUDA-NEPAD, while Ms. Mathai is the Vice President and Regional Director for Africa at the World Resources Institute.