Institutional Freedom is Under Threat 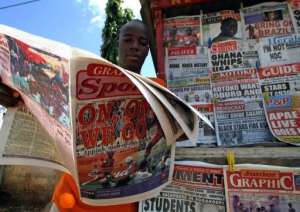 Never have we had a democracy of powerful men in the realm of politics beyond the imagination of judges in upholding the independence of the Judicial System. The proteges of political-powerful men wield so much power that cases brought before the courts will suffer a snail-walk; and probably be a pipe dream to justice.

Basically the courts must be a home of trust for people who require to be treated honestly and just. Because trust is the basis for human collaboration. When that is badly severed by our courts, then there will be an increase in crime rate as those without political power and money will not send their cases before the courts.

If you (the accused) are rich enough you can drag a trial along for years, and have a much better chance of getting away with crimes that you are guilty of. Justice in this modern times has colour and knows who is rich as well as politically connected.

No doubt, a lot of Ghanaians have expressed distrust in our Judicial System. Because our courts are now places of comedy-drama. Our Justices cannot stop cases brought before them. So, those with authority at their best will allow you to put your case, they listen because the authority is only required to listen to you or receive the grievance, allot it a number and dispose it.

The courts are required by law to remain impartial and outside the control of government. When the judiciary is so close to politics, they tend to be partial in their judgements. That is why a judge could easily be transferred for passing a judgement in a case involving powerful political head in this political society.

Justice Annan in a tv broadcast on Net2 television accused the former IGP of being a fence for criminals in Nigeria and Ghana. The embattled presenter also accused the IGP of working in cahoots with criminals and on the payroll of top criminals in Ghana.

I am saddened that Justice Ekow Baiden had to sound very timid for a ruling he should have passed after all guidance within his leadership failed. His (Justice) words "You don't know the people you are dealing with, you are a young lawyer...". Why should administering justice be based on the calibre of personality one is? Why are others made a lesser humans than others under the law of the land? Is this justice? If a former IGP could me treated like that, what about you and me?

One interesting but sad aspect of our judiciary is that people can delay judgment by their counsel not appearing on account of sickness and plan it so that they can get to work their way to shady deals.

It is now very clear that courts adjudicate certain cases faster depending on the party pushing it. For instance, if it is a case of land litigation of a powerful politician who has evidence to that respect and wants judgement faster, courts can open up on nights and judges will sit and put out their verdicts on it. Is it same for the ordinary man? Hell no! In case of a man fighting on for years for the most basic of rights, court will have holidays or “not appropriate time for hearing“

Our system has gotten to a stage where political-powerful men preach a more just world and positive political changes while they do their best to NOT change their position of power. They openly preach peace and incite supporters to do otherwise to sustain their hold onto power.