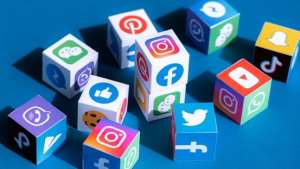 In recent times, Hollywood movies like “Free Guy” and “Ready Player One” have received critical acclaim and gained box office success. The unique similarity that runs through these two movies is the prominence of virtual reality games in its plot.

Virtual Reality Gaming is the term used to describe a new generation of computer games with virtual reality (VR) technology that gives players a truly immersive, first-person perspective of game action. Gamers both experience and influence the game environment through a variety of VR gaming devices and accessories, including VR headsets, sensor-equipped gloves, hand controllers, and more.

Virtual Reality Gaming (VRG) for a while now has been seen as a piece of futuristic technology which even though has some presence in our modern society, is expected to be widespread in the nearby future. The purpose of virtual reality technology is to provide users with the experience of living in an alternate world where they can be whatever they want to be without the limitations that restricts them in the actual world.

Some of us living in developing countries have not yet experienced the aspect of which includes the use of VR headsets, sensor-equipped gloves and hand controllers among others, therefore, we have to satisfy our thirst for virtual reality experience with games like ‘The Sims’, ‘Sim City’, ‘Minecraft’, ‘Second life’ etc. However, from all indications, virtual reality technology will only soon be available even in the poorest regions on the world.

What many have failed to recognize is that we have been living with virtual reality technology for almost two decades now, and it is in the form of social media. Social media as we know it is a computer-based technology that facilitates the sharing of ideas, thoughts, and information through the building of virtual networks and communities.

Some people have different “avatars” for each social media account they have and this means different personalities of the same person are being projected into the virtual world. Some also regard social media as an escape from the harsh realities of life and this is in line with the objectives of virtual reality technologies.

After a hard day’s work and stress, an individual will log in to social media and within a few seconds, he or she will be laughing away his or her problems momentarily. Ghanaians have a saying which goes like “You can never be sad in this country” and this saying came about as a result of memes which can be found everywhere on social media.

These functions of social media therefore have given us more than a taste of virtual reality life way before even VRGs became a reality. If we begin to regard social media as the virtual reality technology it is, I believe we can adapt and fully prepare ourselves before the VRGs invade our part of the world.

Hottest Photo Reports
Catch up with all the political quotes from our politicians.
Advertise here
More Article
ModernGhana Links
Kenya Airways is in financial trouble (again). Why national carriers have a hard time
A decade later, no end in sight for Libya’s political transition
Burkina Faso coup: latest sign of a rise in the ballot box being traded for bullets
Oppong Nkrumah writes: We have a responsibility to be civil
GIJ’s Nana Osei Agyekum faces vote of no confidence as Graduate Students revolt against him
The rise of continents football “Underdogs” at AFCON 2021
The jihadists of the Sahel do not govern in the same way: the context is decisive
US trade pact suspensions: what it means for Ethiopia, Mali and Guinea
Afcon group stage: a stride forward for the African game despite low scoring
TOP STORIES