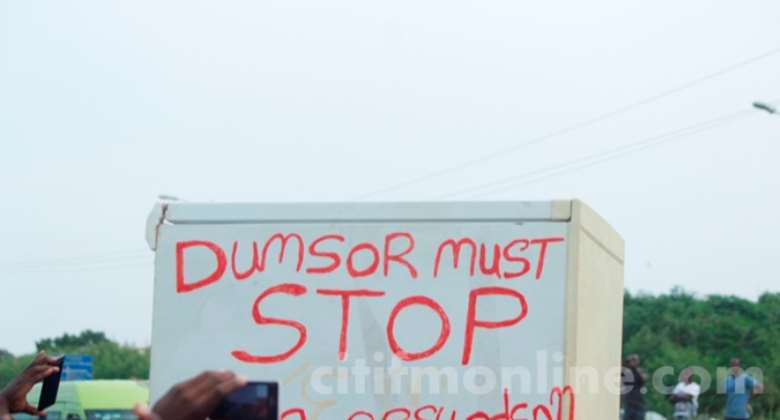 Some cold store operators at the Asafo Market in Kumasi in the Ashanti region who use electricity for their operations are beginning to feel the impact of the persistent power outages in the region.

According to them, they have had to dispose of hundreds of cartons of spoilt fish due to weeks of unreliable power supply. The traders have also been saddled with the cost of repairing their freezers that have broken down as a result of the power fluctuations.

"Our refrigerators have been damaging too as a result of this same issue," they added.

Speaking to these reporters Ruth Catherine Takyi and Aishatu Yakubu in an interview on Wednesday, December 1, 2021, some of the operators expressed anger that the Electricity Company of Ghana (ECG) has failed to issue a timetable.

"We are in serious debt because not even the amount of money used for the business is not gained and to talk of profits as eventually more of the fishes are thrown away due to spoilage," one of the traders fume.

To them, they have depended solemnly on their business to support their families with the little money earned from the daily sales.

They suggested that if possible, they should be given a timetable to plan on days to stock their freezers to avoid losses.

They appealed to the government to intervene as the Electricity Company of Ghana (ECG) tries to fix the problem.