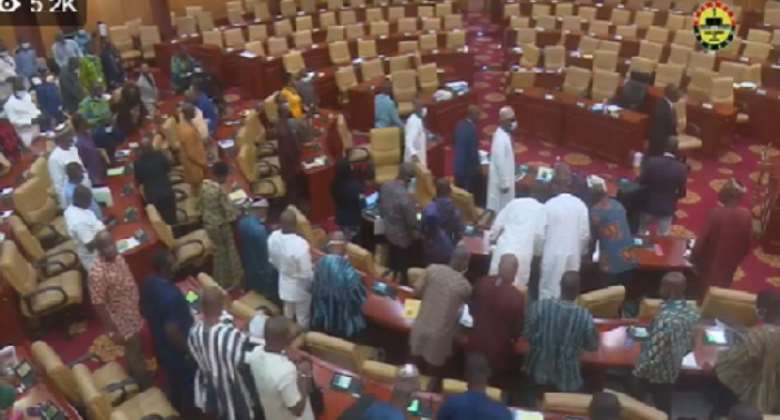 The Member of Parliament (MP) for Ada Constituency, Hon. Comfort Doyoe Cudjoe has warned that there will be more chaos in parliament if the majority fails to present concessions to the Minority.

There was pandemonium in Parliament on Wednesday, December 1, 2021, when the Minority returned to the house to face the Majority after boycotting sitting on Tuesday.

In Parliament, the Minority filed a motion of rescission to have the approved 2022 budget statement set aside.

First Deputy Speaker Joseph Osei-Owusu who presided over sitting in the absence of Speaker Alban Bagbin threw out the motion to the displeasure of the Minority MPs.

As a result, chaos erupted subsequently, forcing the Acting Speaker to suspend sitting for an hour.

Amid the chaos in Parliament yesterday and the disappointment Ghanaians have expressed towards the MPs, Hon. Comfort Doyoe Cudjoe says there could be more chaos in the coming days.

“It [the chaos] can’t happen again. If they don’t bring concessions and they bully their way…what happened yesterday is just the beginning,” Madam Comfort who is also the Second Deputy Minority Chief Whip in Parliament told 3FM in an interview.

The Ada MP added, “The chaos we saw is just the beginning because we are speaking the voice of the Ghanaian.”