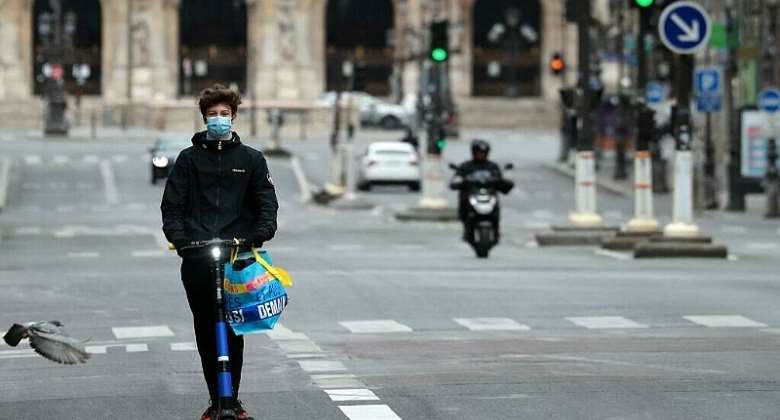 The city of Paris  has announced that the speed limit for rented scooters would be capped at 10 kilometres per hour, except on major streets and cycling paths.

Earlier this month, rental operators, who were under pressure from the authorities to slow the popular urban vehicles down, designated 700 areas in the capital where scooter speed would be capped to just above walking speed, notably around key tourist attractions such as the Eiffel Tower and the Louvre Museum.

However, David Belliard, deputy mayor in charge of transport, rejected the suggestion, saying that it might create a “Parisian patchwork” that could potentially confuse e-scooter users.

Paris mayor Anne Hidalgo, who has positioned herself as Paris' greenest mayor, entered France's presidential race on 12th of September 2021 promising to build a greener economy.

She has already articulated her five-year vision for a “100-percent 'bikeable'” Paris, which has proved popular among the city's urban elites but less so with people from the suburbs who depend on their cars.

Reduced speed-limit
In its latest move to put an end to the widespread problems following the introduction of electric scooters back in 2018, the city of Paris has said that scooters will be capped at 10 kilometers per hour, except on major streets and cycling paths.

Meanwhile, the current speed limit of 20 kms per hour will, in future, only apply in cycling lanes, wider streets linking Paris neighbourhoods and bus lanes that were already authorised for cyclists.

Although the scooters have been touted as eco-friendly, climate activists, such as Extinction Rebellion, held protests back in December 2019 against “greenwashing”, saying that “due to their high energy consumption, their short life span, these vehicles are merely an instrument of more and more greenwashing.”

This is not the only complaint that has been made regarding e-scooters as they have been responsible for 298 accidents in Paris this year, resulting in two deaths and 329 injuries. Belliard confirmed that this new rule will come into effect by mid-December and only apply to rental scooters, not privately-owned ones.