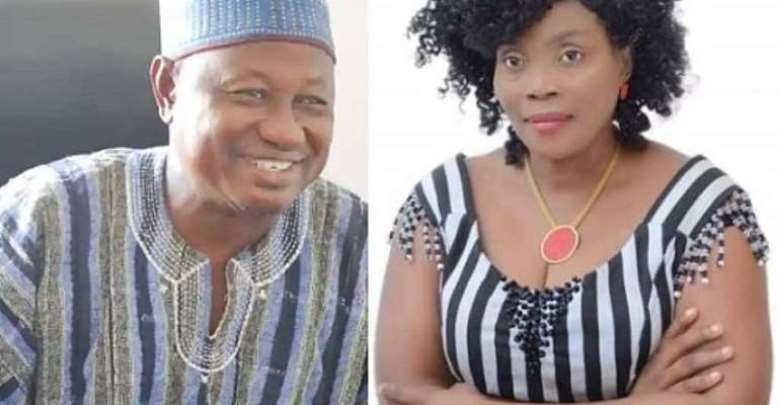 An Accra High Court on Monday, November 22, 2022, adjourned the case between the 2021 presidential candidate of the People’s National Convention (PNC), Mr. David Apasera, and the party’s General Secretary Janet Nabila to December 20.

Mr. Apasera and the party’s National Chairman, Mr. Moses Danibaah earlier this year dragged Janet Nabila and some 17 other members of the party to court over their dismissal from the party.

Although the case was discontinued by the 2020 presidential candidate and the PNC chairman in October, the duo subsequently had their lawyers reapply for the case to be continued.

Although a writ of summons was sent to Janet Nabila, she was not in Court today as scheduled.

As a result, counsel for Mr. David Apasera, Lawyer Divine Kafui Akpalu filed an application for judgment in default of appearance of the defendant.

Speaking to Modernghana News after the court session, Lawyer Divine Akpalu noted that the Judge agreed in default of appearance of Janet Nabila and asked that he gives a statement as evidence.

He confirmed that the Judge subsequently adjourned the judgment of the case to December 20, 2021.

Amongst the reliefs being sought by Mr. David Apasera through his lawyer, is an order declaring that the purported NEC meeting held on the 7th day of September 2021 [where he was dismissed] in Kumasi by the Defendants is null and void and of no legal effect.

He also wants an order restraining the 1st defendant, Ms. Janet Nabila from holding herself as the General Secretary of the PNC.