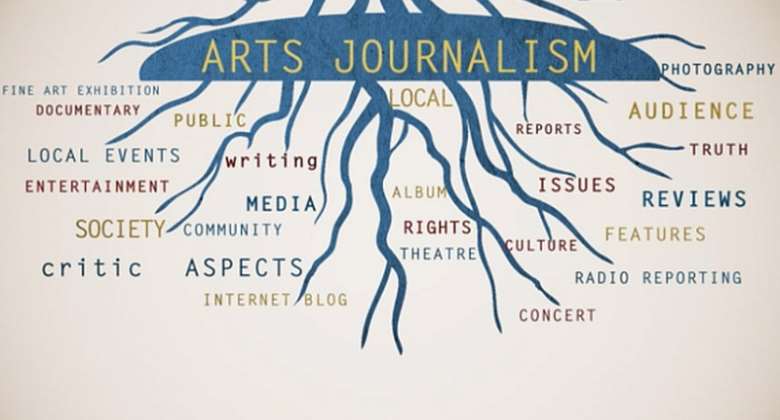 Last Friday, as I walk through the campus of the Ghana Institute of Journalism trying to find a group to join in my quest to prepare for the upcoming exams, I bumped into a group of first-year students whose question and reason for the loud aggressive argument was simple, Is journalism a profession ?.

I tried very hard to restrain myself from joining the conversation since that wasn’t my primary aim on being on campus that particular day. The more I tried to, the more some of the students engaged in what we usually call on campus “agenda discussion” tried to seek my opinion to buttress their point that indeed journalism wasn’t a profession.

Unbeknownst to me one of the first-year students who was involved in the discussion and had spoken to me about this same matter earlier invited me to the conversation. It was more of an ambush; the question was simple. Is journalism a profession? In as much I have my reservations about journalism being a profession, truth be told that wasn’t the best of time to explain to these new students of journalism my views.

I simply said yes and walked away, more than half of the students gathered there cheered me on, I honestly did not think my opinion on such a matter mattered to these students but well since my opinion seemed to be the viewpoint of many gathered there, like the agenda boys on campus will say “agenda must agend”.

After that particular incident, something has been niggling on me. Did I really tell these boys the truth? Is journalism really a profession or we have made it look so. I have made many attempts to answer these questions on my own but this exercise proved futile.

Honestly, getting the metrics or the thresholds to define a profession has been a difficult one but this one from The Australian Council of Professions defines a ‘Profession‘ as:

A disciplined group of individuals who adhere to ethical standards and who hold themselves out as, and are accepted by the public as possessing special knowledge and skills in a widely recognized body of learning derived from research, education and training at a high level, and who are prepared to apply this knowledge and exercise these skills in the interest of others.

It is inherent in the definition of a Profession that a code of ethics governs the activities of each Profession. Such codes require behaviour and practise beyond the personal moral obligations of an individual. They define and demand high standards of behaviour in respect to the services provided to the public and in dealing with professional colleagues. Often these codes are enforced by the Profession and are acknowledged and accepted by the community.

Based on the aforementioned definition of what a profession is I dare to ask a few questions for our reflection. 1. Are journalists trained? 2. Do journalists subscribe to a code of ethics? 3. Is journalism based on research? 4. Do journalist apply their skills in the interest of others (the public)?

Brethren, if your answers to all these questions are yes then we can’t help but agree that journalism is a profession just like law, medicine and engineering.

Journalists are trained either in school or on the job, no journalist goes out to carry out journalist work without being given the required training, this training can either happen in the classroom or the workplace. So if we are to base our argument based on training or using training as a benchmark of being a professional then yes indeed journalism is a profession just like the other professions we hold in high esteem.

The quest to gather facts and pieces of evidence to support your journalistic story to increase its believability in the eyes of the public is engineered by research, hence if we want to use research as a threshold for the establishment of the fact that journalism is a profession, then this again qualifies journalism as a profession.

One of my favourite elements of journalism which also serves as a guide to the work of many journalists states that " Journalism's first loyalty is to its citizens" Thus the whole essence of journalism is to feed the public or the citizenry with the truth and what is beneficial to them. If a profession is supposed to serve the interest of the public then once again I dare to say journalism is one. The very essence of the existence of journalistic works is to serve the public with well-researched information that will allow them to make informed choices and decisions.

Let’s face it, journalism as a profession has its own challenges just like all other professions do. How many times haven’t we heard doctors being arrested for selling babies? How many times haven’t we seen the poor works of engineers lead to the loss of lives and property?. It is true the way and manner with which some practice journalism brings the whole inky fraternity into disrepute, but this doesn’t go to say that the many good journalists who strive for perfection in their line of duty must also be added to the bad nuts, after all, “ efie biaa Mensah wom”

Court withdraws arrest warrant for Xavier-Sosu after reporti...
45 minutes ago