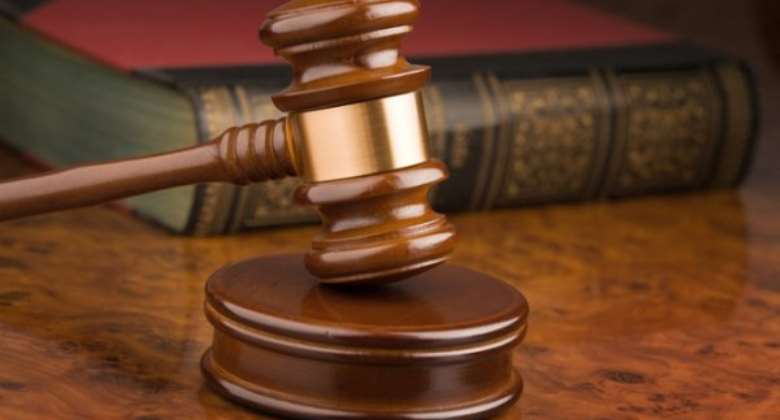 The Ashaiman District Court has granted bail in the sum of GH¢30,000 with two sureties to Rita Kornortey, a beautician, and Obed Tettey Kwao for defrauding a refrigerator mechanic of an amount of GH¢15,000.00.

The court presided over by Mrs. Eleanor Kakra Banes Botchway granted the accused persons bail after they pleaded not guilty to the charges of defrauding by force pretense contrary to section 20 and 131 of the criminal offences Act, 1960 (29).

The case was adjourned to November 2, 2021, for prosecution to file witness statements and serve same on the accused persons for case management conference (CMC).

Chief Inspector Samuel Aperweh, prosecuting, said the complainant, Mr. Bernard Atsu Bosokah, resides at Gbetsile near Ashaiman, while Kornortey who is the first accused person is a beautician aged 20-years and lives at Tema Community 12.

The second accused person, Obed Tettey Kwao, is a 23-year-old clobber also reside at Odumase near Somanya in the Eastern Region, adding that a third accused Banabas is at large.

Chief Inspector Aperweh said on October 02, 2021, a complainant together with one other person, apprehended and handed over Kornortey and Kwao together with a medium size wooden box to the Ashaiman Divisional CID.

The court heard that complainant reported that in September, 2021 he electronically transferred a total cash of GH¢15,000.00 to the second accused person in intervals under the guise of him (accused) performing some rituals to secure an undisclosed USA dollar note, which never happened.

Prosecution said the accused persons were individually cautioned and the wooden box retained for evidential purpose, adding that investigations disclosed that, the first accused was the girlfriend of the second accused, whilst the remaining accused persons are family relations.

The facts stated that Kornortey informed the complainant who was her client that, Kwao had some USA dollars in a wooden box from the republic of Benin, adding that some rituals needed to be performed before the said money could be utilized.

According the facts, she added that the second accused person had no money for the rituals and failure to perform it on time would lead to his death, therefore appealed to complainant to sponsor him so they share the money equally.

Prosecution said, complainant was convinced to part away with the said amount after being showed a picture of the said money purported to be in a wooden box with cowries fixed to a red knitted garment through whatsapp.

The complainant was also made to buy a cow valued at GH¢3,000.00 to be buried in a cemetery at Odumasi near Somanya as part of the ritual process at the instance of the third accused.

Whilst at the said cemetery, the third accused communicated to the complainant to leave the said cow with the first accused to move far away to perform another ritual, which complainant did.

The third accused person who is at large then went to the cemetery and together with Kwao took away the cow and sold same for GH¢1,800.00 sharing the proceed among themselves.

Chief Inspector Aperweh said, complainant caused the arrest of the first and second accused persons at Odumase when they demanded for an additional GH¢24,000.00, as final money needed for the rituals.

During investigations Police detected that, the second accused person never travelled to the Republic of Benin for any money, but rather downloaded the picture from an unknown link on the internet and used same to defraud complainant together with his accomplices.

The third accused person, the investigations revealed was never a spiritualist based in the Republic of Benin, but rather a family relation living in Odumase near Somanya.