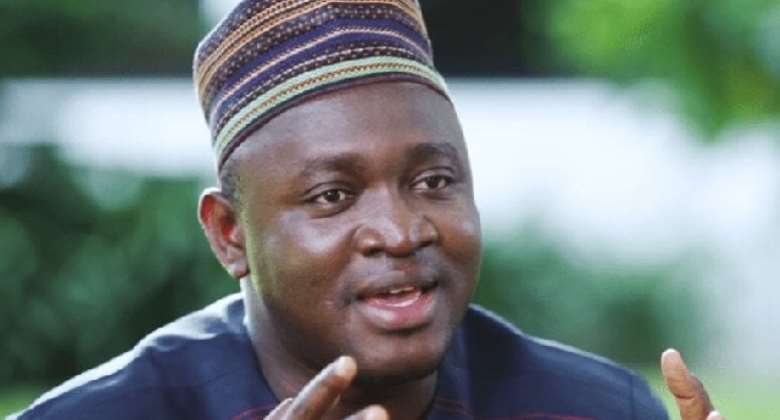 Member of Parliament for Tamale South Alhassan Suhuyini has described as “lame” if the punishment for supporting the anti-LGBTQ+ bill is to be denied an entry visa into the Netherlands.

The Embassy of the Netherlands recently communicated the decision to the Ghanaian MP, who is one of eight legislators sponsoring the private members’ bill, which aims to outlaw all LGBTQ+ activities.

In a Facebook post, the lawmaker noted that a formal complaint will be made to the country’s Ministry of Foreign Affairs to deal with "this gross disrespect."

"How lame, if the penalty for supporting the PROMOTION OF PROPER HUMAN SEXUAL RIGHTS AND GHANAIAN FAMILY VALUES BILL, 2021, is the denial of an entry visa into the Netherlands," he stated.

I have seen news publications suggesting that I was denied a visa by an unnamed Embassy due to my association with the PROMOTION OF PROPER HUMAN SEXUAL RIGHTS AND GHANAIAN FAMILY VALUES BILL, 2021.

Since I received correspondence that communicated the decision of the said Embassy, I have been inundated by calls from well-meaning Ghanaian reporters and activists who without doubt believed that this very offensive decision of the Embassy is related to the Bill seven (7) of my colleagues and I are promoting.

I consider myself deeply reflective and fair-minded, so I restrained myself and all those who tried to convince me that the reasons for my denial of the visa was either than what the correspondence from the embassy communicated. I assumed at the time that the Protocol Officer, who at the time of processing my application was also dealing with other equally important domestic issues, may have faulted in the documents presented.

I, therefore, have since taken steps to appraise every document or information and have since appealed the Embassy’s decision.

However, all the information I now have convinced me that the Protocol Officer submitted all appropriate documents.

Therefore, for the Netherlands Embassy to ignore my:

1] status as Member of Parliament of Ghana with responsibility to an entire Constituency, which was known to them.

2] valid travel visas to the UK and USA and my numerous previous travel record where I have never overstayed.

3] beautiful family and deny me an entry visa on the basis that; there was insufficient evidence that I have significant social or economic ties to my country to prompt my return after my intended visit, could only have been deliberately taken to provoke me and also undermine Ghanaian state officials and diplomats.

After the determination of my appeal, I will make a formal complaint to our country’s Ministry of Foreign Affairs to deal with this gross disrespect.

Anyone with the slightest knowledge of me knows that, as a young person, even when I lived in conditions that justified migration abroad and migration was popular, I was never attracted to it. I’m a proud Ghanaian, who believes in contributing to making our country attractive, too, to foreigners.

How lame, if the penalty for supporting the PROMOTION OF PROPER HUMAN SEXUAL RIGHTS AND GHANAIAN FAMILY VALUES BILL, 2021, is the denial of an entry visa into the Netherlands.