An Open Letter To My Sisters And Future Daughters: Know Your Ontological Worth In A Dangerous World 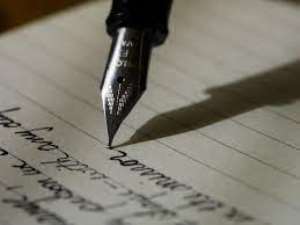 I am sure you are busy working, reading, or even considering the next step to go in life. Possibly, you may be worried about your future marital life – social status. It may also be possible that you are being compelled to have your humanity defined along with godless societal expectations. It is possible you are concerned about your physical looks, whether your feminine features are budding the way you want or even brooding over the issue of childlessness.

Obaapa, as your father, and as a man and I have all the inclinations of a biological man. I know the quest that we men have to satisfy our sexual desires – regardless of the approach. Because of my own identity as a mature, biological man, I feel compelled to write to you this letter. More specifically, two things have compelled me to write this letter to you at this time.

The first is the fact that I have become deeply convinced about my Christian faith. What this implies is that my worldviews are now essentially and ontologically Christocentric. Similarly, it means I have cried several times before my God asking for forgiveness for everything I ever did wrong to any woman.

The second reason for writing this is the reconstituting of the worth of human beings in general, but which is putting too much pressure on women.

First, believe that God exists: Don’t be an atheist or humanist. Don’t be anything other than having a personal commitment, relationship and faith in the Lord Jesus Christ.

Similarly, the world has a long history that precedes modern science. What this means is that the established world cannot be subject to the rudiments of empiricism to uncover its origin. The best any scientist can do is to speculate about the origin of the world. The speculations about the origin of the universe (if you like cosmos) is not better than your grandmother, Agartha Adjei, who hasn’t had any experience with western schooling – yet who is godly and a stronger believer in Jesus Christ. She is wise and a great nurturer because she believes in Christ.

Third, you don’t have to believe in evolution as an explanation of the cosmos because it will lead submerge your body and soul. This is because if you believe you originated from an ape (remember usually they say this to denigrate your "race" as an African), you are downgrading your worth.

Obaapa, the belief in the banality of evolution is one of the reasons why most women (and also some men) are compelled to use all sorts of body enhancement chemicals and surgeries. Remember that the godless world is syncretic and systemic in routinising godlessness. The industries and so-called scholarly world benefit when you consume all these chemicals and technological predatory practices. So, godless scientists and industries will collaborate seamlessly to abuse your humanity – they enjoy it when you suffer because they make money.

Obaapa, know that over the years, several women have had health complications emerging from their reckless use of carcinogenic substances in the name of enhancing their beauty. But who must see the beauty of women? Is it God or men? The pagan Greeks say that, "Beauty lies in the eye of the beholder". This is godless, demonic, and demoralising to human beings. I will explain more on this later in another letter, specifically dedicated to the philosophy of beauty. I will also write to you about pain, the fallen world, and how to live on existential knowledge from Christ.

Dear Ohemaa, now let me tell you why you must believe that God created you. But before I do that, know that your faith as a Christian appears to share the same vision of creationism with other religions.

The difference between your Christian faith and other religions includes beauty and the idea of womanhood. Impliedly, it includes the visions of creation. Whereas most religions believe that a god created the world and human beings, the Bible – the only true book about humanity and the cosmos – has a uniquely different narrative.

The Bible doesn’t just say God created everything, including human beings, but majestically adds that “God created man and woman in His own image” and that “Everything God created was good and beautiful”.

Obaapa, I plead with you not to treat these majestic statements lightly. I will plead with you to give these two mutually reinforcing statements a considerable thought, precisely because these statements will form the basis of your ontology as a woman. It will indicate your place in God’s creation.

With this, let me tell you the supreme relevance of the above statements. First, “God created man and woman in His own image”. This statement is revolutionary. It has no equivalent in any humanistic philosophy, including humanistic science, or religion. At the risk of repeating myself, let me say it is uniquely Christian.

This also means that you are already beautiful without the use of any chemical. You don't need body enhancement surgeries to look beautiful. Don't impress any man, not even me. Don't impress any woman, not even your mother. This is because while you were born by us, birth alone doesn't necessarily define your value. So, like your parents, we cannot take credit for your value. We cannot and couldn’t have aborted you. We cannot define your sex. We cannot determine your worth. You are uniquely, unique and of value to God, your sole creator.

This leads seamlessly to the second statement: "And God saw and declared that everything He made is good and beautiful". I know taking over from me, as a philosopher, you may be wondering, if God is good, can He create anything form of a defect – such that He has to say what He has created is both good and beautiful"?

I had a similar lingering question until I learned the sublime truth about God’s majestic statement. The statement isn’t about the slightest hint of divine ontological contradiction. It is God’s communication to the world that He has already declared His creation, including you, beautiful.

In other words, the Triune God is communicating to everyone that He has not left it to any man or human to determine your worth and beauty. It also means that while of all creations, it is only human beings who are discontent with their looks and who they are, God says you are already beautiful.

Good enough what this also means is that your worth is not an acquired one. You have innate worth not acquired worth. Obaapa, please pay attention to this. That you are a creature of God; that you have inherent worth means you are complete without both marriage and childbirth.

Marriage is God’s creation. Children are a gift from God. But both marriage and childbirth are not necessary and sufficient for two things: First, defining your worth and second, your salvation – which is very crucial to your life on earth.

Let me say a word or two about marriage, but I will say more about this in another letter. First, marriage from our common shared faith in Christ is solely heterosexual and monogamous. What this means is that you are ontologically a woman. You are biologically a woman and you cannot marry someone who shares the same sex with you. That divine-inverted practice of two persons of the same biological sex marrying is called same-sex marriage. Remember that same-sex marriage is a rebellion against God. It is unacceptable, anti-divine ontology, and counter-human. It is meant to destroy the human race. It is not from the Triune God.

But in all this, know that marriage is God’s creation. And because God created marriage, He alone defines the boundaries of marriage. It is what God says about marriage that you should consider as true, virtuous and worthy of acceptance. Reject, without apology, any other contrary view from any human being, including your professors or religious leaders about marriage. I allow you to rebel intellectually on this point.

All this means that you don’t have to be desperate about having children. You don’t have to allow yourself to be seduced into and reduced to sexual, physical, spiritual, mental, and emotional torture because of childlessness. This is fundamental because you have an inherent dignity with or without children.

Read my letter, slowly, carefully, meditatively, and read your Bible for more information. Know that when you live these teachings of the Christian faith, the world will reject you and consider you insane. Your friends will laugh at you; you may become a laughing butt; your teachers may fail you if you write this in your exams about beauty and human worth. But stand firm, for Christ was also rejected because of all these.

Remember you are different from all non-Christian, even as you live cordially. Remember you must rule over your world, including godless philosophies, not the world ruling over you. Stand strong as a woman; stand strong in Christ Jesus our Lord.

Your brother, father, and fellow Pilgrim in Christ

Park your car if you don't want to be vaccinated — Dr John N...
33 minutes ago