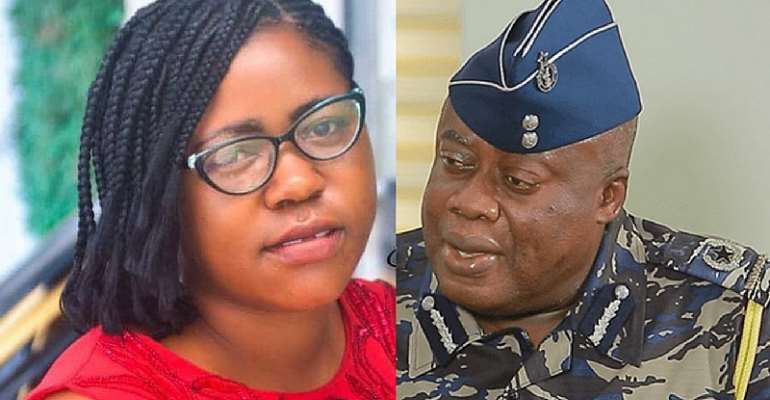 The Director of Public Affairs of the Ghana Police Service, ACP Kwesi Ofori, says Josephine Panyin Mensah, the woman at the centre of the fake pregnancy and kidnap saga, made her confession in the presence of her mother, husband, and another independent witness.

Persons who are finding it difficult to believe the entire episode have suggested that the woman may have been forced to make those confessions.

“There was no molestation, no intimidation, no one coerced her to speak the truth. It was a voluntary statement to the Police. She confessed in the presence of an independent witness, her mother, and husband,” ACP Ofori said on Citi TV/Citi FM's The Big Issue.

Josephine, who was alleged to be nine months pregnant was allegedly kidnapped during a dawn walk.

She resurfaced a week later at Axim in the Western Region without her alleged pregnancy or baby.

She had claimed that she delivered the same day she went missing and that the kidnappers had stolen her baby.

ACP Kwesi Ofori said Josephine confessed to faking the scenario by herself to please her husband.

“From her account, she said she did it alone just to satisfy her husband. It was a pure family issue that she wanted to portray that she was pregnant. She did all that for the admiration of her husband.”

Police conducted two separate medical tests on Josephine at different hospitals, with both reports proving that she was never pregnant.

The Western Regional Minister, Kwabena Okyere Darko-Mensah was the first to have stated that Josephine was never pregnant as reported, a claim subsequently corroborated by the Ghana Police.