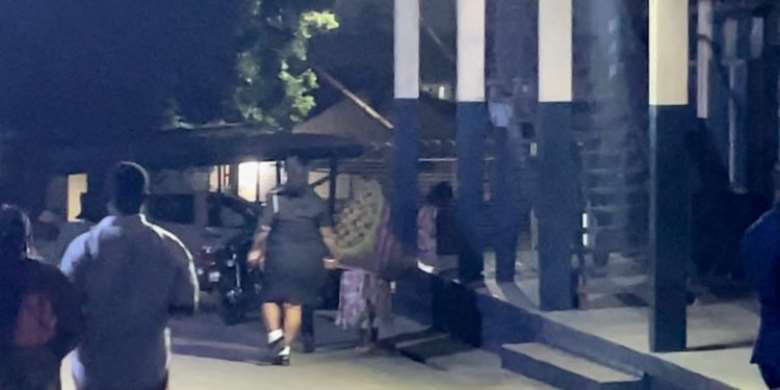 The Police in Takoradi in the Western Region have officially arrested Josephine Panyin Mensah, the woman at the centre of the kidnapping conspiracy.

The 28-year-old woman on Friday, September 24, 2021, finally confessed to the investigators of the Ghana Police Service that she was neither pregnant nor was she kidnapped during the period she disappeared as earlier reported by her family.

With the confession not only shocking her family but Ghanaians who have been following the story as well, the Police in Takoradi has arrested her.

Modernghana News can now report that Josephine Panyin Mensah has been detained at the Takoradi Central police cells as investigations continue into the matter.

Since last Tuesday the spotlight in the news has been on the family of Josephine Panyin Mensah after she was found by a carpenter in a bush after disappearing for several days.

There it was also confirmed that there was no sign of pregnancy. It was after this that the police proceeded to arrest Josephine Panyin Mensah on Thursday evening.

Her husband, other family members, as well as neighbours are shocked and finding it difficult to comprehend what they have learned.

Reports indicate that the suspect who is now in the custody of police could be arraigned before court next week.

T-Bills holders will be paid full value of their investment ...
14 minutes ago