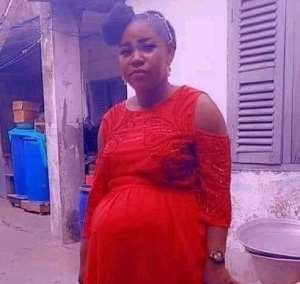 Police in Takoradi in the Western Region have officially arrested and detained Josephine Panyin Mensah, a 28-year-old woman who allegedly deceived security officers with a pregnancy and kidnapping story that turns out to be false.

She has been detained at the Takoradi Central police cells.

Josephine was officially arrested on Friday night, September 24, 2021, immediately after the police claimed that she had confessed that her story was a hoax.

“The suspect, Josephine Panyin Mensah, 28, has confessed to the Police during further investigations and stated that neither was she pregnant nor ever being kidnapped. The public will be updated with further details,” police said in a statement.

The woman’s mother, who was also kept in police custody on Thursday, was also released on Friday night.

Meanwhile, residents of Takoradi who initially sympathized with Josephine have expressed shock and disappointment at the turn of events.

Some of them who spoke to Citi News urged the police to conduct a DNA test on Jospehine’s first child.

“The current turn of events is mind-boggling. Now we don’t know which story to believe. We all knew that she was pregnant. When we heard that her story was fake, the whole society was shaken to the core. People around the area claimed that she was pregnant, so now it is difficult to comprehend the police’s contrary report,” a resident said.

“I’m convinced that she was not pregnant. It’s putting pressure on women in Takoradi, the Western Region and the whole of Ghana. If she actually has a son, the police should conduct a DNA test to confirm if indeed the son belongs to her husband or not.

“We’ve been shaken by this story. When we heard that she had been kidnapped, we were worried. But we can’t fathom the new development. I don’t trust the story being bandied around. I will only believe this story when I hear from her directly,” another resident said.