By Fixing the country movement 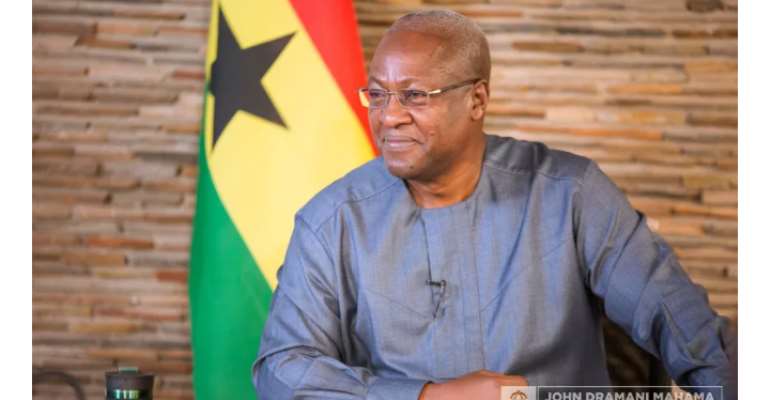 The Fixing The Country Movement joins the totality of right thinking Ghanaians to condemn John Mahama's flowery incompetence, opinionated and adversarial commentary to the effect that 2024 elections is going to be a do or die affair.

Speaking on a Techiman-based radio station, Akina FM, Mr Mahama stated that the 2020 elections taught the NDC that elections can only be won at the polling stations, thus they will not let their guards down.

The Fixing The Country Movement deplore Mr Mahama's desperation and call for violence, and the quagmire of recklessness that could threaten our democracy.

As the presumptive leader of the opposition NDC, Mahama should have known that his utterances have a potential to cause violence.

It cannot be lost on us that Mr Mahama is perturbed and wanting to divert the attention of the good people of Ghana about President Akufo-Addo's resilience to keep Ghana in one piece. It is evident that the success story of the Akufo-Addo regime is driving Mahama crazy so much that he would want to take us back to the dark days. But we are sending a warning signal to him and his enablers that the state security apparatus are ever ready for them.

Of course, one does not expect a witless and gutless politician like Mahama to be a paragon of integrity, critical thinking, or honor, but aside everything, what happened to patriotism and nationalism?

Since embracing politics as a career, the likes of John Mahama have lost their reflective attitude to become pyromaniacs.

In a world of hostile competition, where leaders fight for national interests, we have lost our nation to relational political players such as Mahama, who barely understand the link between a policy statement and a nation’s moral development. While great leaders debate policies, the best way to move their nations forward, and protecting the young generation, the attention of the Ghanaian opposition political leadership is fixated on how to kill and maim for political power.

John Mahama is obviously is ready to kill and destroy for the presidency. Ghanaians should open their eyes wide else this country will be overwhelmed by what will happen if Mahama ever wins power. He just can’t wait to get his hand on power.

In any case, has Mahama actually deluded himself into thinking he is a credible alternative for this country after all the mess he created as President, or is he simply so insecure in his own abilities that he uses rhetoric to appear to be the man he would prefer to be? It is difficult to say, but the danger to our country is palpable either way.

We are aware that Mahama is desperate for another shot at the presidency and will do anything for power, but we want to caution him to be watchful of his steps. When you've got poop all over your feet, you don't walk on a white rag.

Indeed, leaving our nation’s fate in the hands of political looters like Mahama is morally wrong, and we must exercise our right to free speech to outline our founded views on what the likes of Mahama intends to doing differently. It will amount to a curse to have Mahama become a president of Ghana again.

We do not deserve such a man to lead us again. He is not good for Ghana.

There is simply too much at stake..
Signed:
Ernest Kofi Owusu Bempah
Convener- Fixing The Country Movement