Maki Kaji, the 'Godfather of Sudoku', dies after struggle with cancer 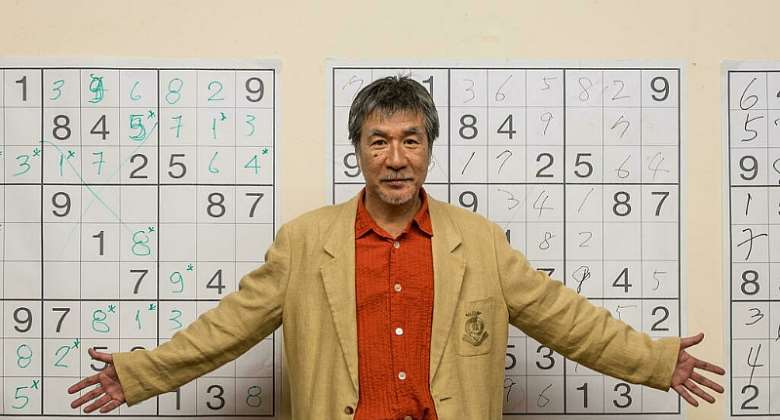 Maki Kaji, the man who came up with the name of the popular numerical puzzle Sudoku, publishing the first modern versions of the game in his magazine Nikoli in the 1980s, has died of cancer. He was 69 years old.

Kaji died on 10 August at his home in Tokyo. He is survived by his wife Naomi and two daughters.

"Mr Kaji was known as the godfather of 'Sudoku' and was loved by puzzle fans all around the world," a statement from the publisher of Nikoli said.

Sudoku was probably invented by Swiss mathematician Leonhard Euler in the 18th century.

The BBC reports that French newspapers published a number of early versions of the game in the late 19th century, including one called "le carré magique diabolique", or the evil magic square, which appeared in La France newspaper in July 1895.

Some say the game came to the Arab world from China via India in the 8th or 9th century, a version of events supported by the prestigious New York Times newspaper.

The modern version is sometimes said to have been formulated in the United States, but Kaji is credited with having popularised the puzzle.

'Every number must be single'

He is also said to have come up with the name Sudoku, which is a contraction of a Japanese phrase meaning "each number must be single". Players have to place the numbers 1 to 9 in rows, columns and blocks without repeating them.

Nikoli spotted a version in an American magazine in the 1980s and brought it to Japan, where Sudoku was born.

It was only in 2004 that Sudoku became a global hit, after a fan from New Zealand convinced the British newspaper The Times to carry the puzzle.

Kaji was born on the northern Japanese island of Hokkaido, He started Japan's first puzzle magazine after dropping out of Keio University in Tokyo. He founded Nikoli in 1983, and came up with Sudoku at about the same time.

Yoshinao Anpuku, who succeeded Kaji as Nikoli's chief executive, said Kaji made friends easily and had a “unique and playful approach toward life".

“Our mission is to pursue Maki's vision and possibilities,” Anpuku said.