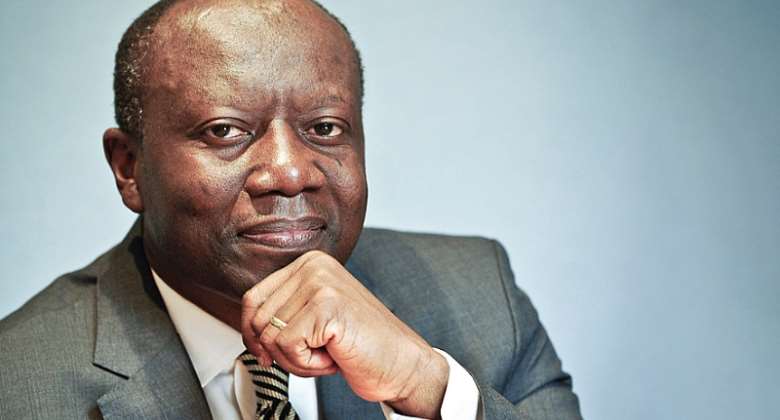 He said the sector minister had the best of intentions with regard to the botched procurement of Sputnik V vaccines from a Dubai middleman.

Pressure is mounting on Mr Agyeman-Manu to resign over the deal.

He had intended procuring some 300,000 doses of the Sputnik V vaccines through Sheikh Al Maktoum.

It followed reports by the Norwegian press that Ghana had agreed to pay $19 per dose instead of $10.

Mr Agyeman-Manu has written to the Sheikh for a refund to which the Sheikh has agreed to.

Speaking on the matter in an interview with Asaase Radio, Mr Ofori-Atta jumped to the defence of Mr Agyeman-Manu, saying: “To be so unsympathetic to somebody who felt like, ‘what can I do to ensure that there is continuity and to sit now comfortably and kind of just [castigate him is unfair]’

Mr Ofori-Atta said, “I am empathising and I expect that others will realise the type of pressure that he [Mr Agyeman-Manu] was under and his commitment to ensuring that the Ghanaian people are safe”.

According to him, some of the critics have no moral right to question the deal.

“I got interviewed by a number of European [media] and I was asking: ‘You dare to ask me about me paying more for vaccines when you are hoarding those vaccines? And I have one out of 100 people being vaccinated and you have 80 [out of 100], [but] sit there and ask: ‘why are you doing this?’ where’s the moral authority?” he asked.

Asked if he thought Mr Agyeman-Manu had no other options, Mr Ofori-Atta said: “I’m not sure he did. I mean the issue [about] ‘would we get our money back?’ I mean we will. It will be my responsibility to make sure that I get the money back and I will.”