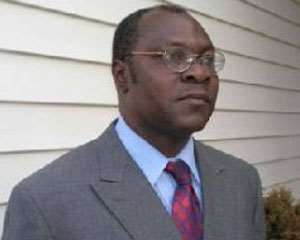 The NPP version of the Danquah-Busia-Dombo tradition has celebrated another year, in power.

As is customary, there are messages, most of them celebratory and self-congratulatory. Such occasions, to serve the party well, must be used for reflection and self-improvement. Sometimes, unfortunately, success breeds complacency-- the kind that can send an elephant into the bush!

In 1896, McKinley made the Republicans of America more appealing to immigrants and they became stronger. In the 1980's, Bill Clinton and the Democratic Leadership Conference moved the Democratic party from the extreme left to the centre and this led to his election and that of Obama.

In the 1990's, Tony Blair rebuilt old Labour into new Labour to make it more appealing and went on to win majorities. Parties that don't change die.

The NPP has always been centered on scripture. We used to sing "Awurade kasa" and "Di wo hene" before we adopted "The battle is the Lord's ". And we are the party whose government is committed to building a Cathedral to thank God. Therefore, let us know some truths because it shall make us free and better.

The President and others are right. The NPP has achieved a lot that we can be proud of:

We established the NHIS.

We brought peace to Dagbon.

Besides these things, our struggles on transparent ballot boxes, counting at polling stations etc have made our democracy more secure.

But despite these achievements, out in the land, there are lamentations and gnashing of teeth-- within our party and the public at large. That is what is driving the calls to fix the country-- and ourselves. That is why we almost lost Parliament and that is why, despite back-to-back Presidential victories party members are demoralized.

Let us begin from the beginning.

Danquah's point was that the constitution must be Supreme to all branches of government and courts must enforce it. Nkrumah implemented the PDA because he knew the courts would back him and they did. The current echoes of "Go to court" coming from our government would scandalize Danquah. And so would our indifference to the death of Ghanaians during voting and the disenfranchisement of Ghanaians in the SALL area. We have mortgaged our principles so much that we have refused to seek justice for or to memorialize those we sent onto the streets to die in "Kume Preko". Indeed, we formed alliances with their murderers.

Dr. Busia said, in his 1969 inaugural that "Power is good or evil according to the vision that it serves. Our vision is that of a democratic welfare society in which everyone is his brother's keeper. We consider that an important function of the democracy we will endeavour to establish here which will strive to enlarge our sympathies one for the other, and make our souls more roomy so that our loyties to our families, tribes and pollical parties do not divide us as a nation but rather provide the foundation for the extension of the brotherhood of the nation".

The party whose vision Busia was describing would be hard to recognize from today's appointees and appointers. The party whose leader went to the party office once per week to listen to its members and their concerns is gone.

President Kufuor was following that example in his accessibility and tolerance for factions and differences in our party. That, unfortunately, is no more.

Regrettably, the tradition of strong party leadership, from Da Rocha to Jake, that could stand up to and correct well-meaning errant Presidents is disappearing.

And this President stirringly pledged to "protect the public purse". Sadly, just as it has been under every other government in the 4th Republic, it has been looted. The legalized looting under article 71 has been amply supplemented by the spectre of young appointees, appointed in the throes of poverty, becoming wealthy overnight.

Now, I do not chronicle these because the NDC is better. It is not. But I miss the days when the NPP knew it was better and behaved better. Today, our common defenses are "The NDC does it too" and " We are not as bad as the NDC."

Ghana deserves better-- from us.

My fellow kukrudites, while we point fingers at our leaders, we must look in the mirror too. When Disreali said, "Damn your principles, support your party!", he was not just referring to support for party leaders--he was referring to party principles.

We cannot elect men who don't care about our party's principles and complain when they ignore the party.

We cannot keep quiet in the face of appointments that mock the essence of our claim that "we have the men" and complain when our governments don't perform. We cannot defend bone-headed policies and be surprised when we get more of it. The President was right when he called upon us to be, "Citizens-- not spectators ". Let's accept his challenge. We cannot celebrate those destroying our party and bemoan its destruction at the same time.

Second, we must protect the public purse as we promised to do. Nothing has alienated us more from Ghanaians than this.

Fourth, we must put cash in people's pockets through jobs. There are too many jobs in speeches and too few jobs on the ground.

Finally, we must avoid impositions-- of party leaders and the flagbearer for 2024.

May God protect the NPP, and may it never want for new ideas, new perspectives, new leaders committed to its traditions and new approaches to serving Ghana better.

May God bless NPP and Ghana.

Set aside the purported rejection of 2022 budget - Majority ...
34 minutes ago

Xavier Sosu fights back, files for stay of execution against...
34 minutes ago