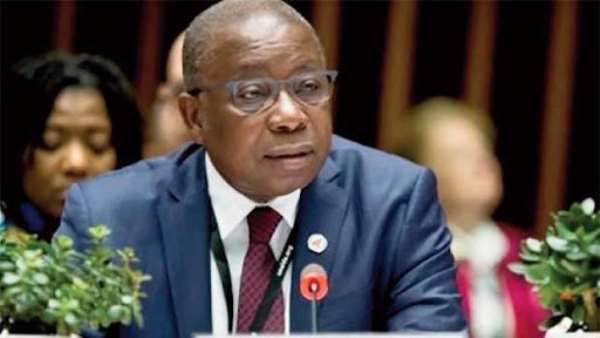 “And for the first time in my old life, l fell in love with our parliament ─ the same parliament that recently engaged in that commodious ballot box-snatching hooliganism (which shocked every Ghanaian to the marrow) put all misbehaviors aside and got into serious bipartisan parliamentary inquisition.”

I did not know whether to sit down or stand up, smile or frown, laugh or cry, squat or crawl ─ after watching the interview on television the other day.

For a brief moment at least, l thought my mind was going broke! I was suspended between belief and disbelief ─ bewilderment and astonishment ─ shock and incredulity ─ watching the historic drama unfold.

No one saw it coming ─ it was so unexpected, it took us all by surprise. May God bless Ghana for our hung parliament!

The confessions of the Health Minister had frozen me into ice. He was being interrogated for masterminding grievous irregularities associated with the importation of some vaccines, and oh boy ─ his confession would freeze the sun!

If l understand the genesis of the national provocation accurately, the honorable minister had contracted some phantom Dubai middlemen he was ill acquainted with ─ and whose credibility he could not ascertain ─ to supply vaccines for Ghanaians without approval from Parliament or Cabinet.

He also ignored and discredited the caution that barred ministers from unilaterally approving a deal of such gargantuan magnitude (for it was worth some 60 million US dollars), no small money for a country with HIPC brand like Ghana!

He said he was inspired to ignore due process because Covid-19 was creating no small pandemonium in the country ─ we were not in normal times ─ we were at war, for Ghanaians were dying left, right and center, and as Minister, he became so desperate and frustrated about the deaths that he acted most unwisely and most improperly in his raw zeal to secure Sputnik V Vaccines to combat the enemy, and that Ghanaians should tamper justice with mercy and forgive his actions heretofore!

And for the first time in my old life, l fell in love with our parliament ─ the same parliament that recently engaged in that commodious ballot box-snatching hooliganism (which shocked every Ghanaian to the marrow) put all misbehavior aside and got into serious bipartisan parliamentary inquisition.

The committee was ferocious, the atmosphere was solemn, the questions were probingly sublime ─ and the minister had no chance to postpone the truth under oath.

Ladies and gentlemen, the minister's admission of lack of judgment was not as poignant as the manner of his articulation, which was dispatched with aplomb it left me frozen like some foreign chicken in a freezer!

His confession is a summation of the proverbial reckless fixation that has characterized decision-making by our politicians in recent times ─ decisions which have left a chain of wreckage on our national conscience.

Let's praise him, for he spoke the truth. By the way, is it not the same minister whose Covid-19 variant demons we all prayed and cast out a couple of months ago? Is this what he did to us after his deliverance?