Chinese tech, ignored by the West, is taking over Africa's cyberspace 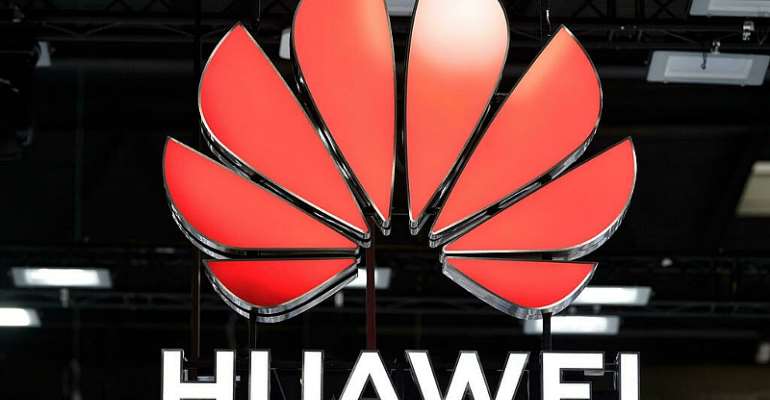 While China's telecom giant Huawei has come under increasing attack in the US and the European Union, it is thriving in Africa.

Its most recent addition is a contract to establish a datacenter for the government in Senegal.

Its strategy in Africa was summed up during a question-and-answer session with the company's personnel at the end of June: "Please come to Africa for promotion and riches," Ren Zhengfei, CEO of China's telecom giant Huawei, pleaded with staff.

The bottom line is that the company is trying to lure young Chinese talent to go to Africa - described as "a tough place" - to help set up the expanding ventures on the continent. The company guarantees living standards "comparable to rich Switzerland" for employees willing to go.

The Huawei rep-office in South Sudan for instance, is equipped with two large villas, a basketball court, a swimming pool, a cinema, a concert hall, and a coffee shop for its staff.

The drive to lure people comes as Huawei faces mounting attacks from the West. But in Africa, the company has a solid base. Currently, Huawei is active in most African countries. According to an Atlantic Council study - "The Digital Infrastructure Imperative in African Markets,” - around 50 percent of Africa's 3G networks and 70 percent of its 4G networks are built by Huawei.

Huawei's state backing
Why is Huawei much more successful in Africa than the competition?

"Huawei has a big competitive advantage because it's got access to state capital," says Eric Olander, managing editor of The China Africa Project, a portal that monitors Chinese business ventures across the continent.

Currently, the company is negotiating a €80 million contract involving 800 km of optical fibre and 900 surveillance cameras for the "Smart Burkina" project in Burkina Faso with the money provided by China's Exim Bank.

On top of that, Chinese companies are known for undercutting the competition says Olander.

"Nokia, Alcatel, Ericsson or Samsung [phones] all come in with a price of $10/unit. Huawei and ZTE (another Chinese telecom giant) come in at $9, or even $8.

"Their overheads are low. Look at the hotels, for example. The Alcatel guy is staying at the five star hotel in Kinshasa. The Huawei guy is not," he says.

The result is that Huawei, and other Chinese companies, are speeding up Africa's access to the internet, crucially providing the trunk lines that link Africa to the rest of the world.

Trunk lines
On 14th of May 2020, China Mobile, together with seven other partners including Facebook, the Mauritius-based West Indian Ocean Cable Company (WIOCC), MTN Global Connect in South Africa, Telecom Egypt, Saudi telecom provider STC, Vodafone and Orange announced the creation of the 37,000 km “2Africa” cable, heralded as “the most comprehensive subsea cable” to connect African with the Middle East.

The cable, which will surround the African continent, will have landings in 16 countries and underpin growth of 5G and broadband access for hundreds of millions of people.

The announcement came two weeks after a former Huawei subsidiary, HMN Technologies, that was taken over by Hengtong in 2019, announced that it  had started the construction of the172 km Senegal Horn of Africa Regional Express (SHARE) Cable, creating the first high-capacity direct link from Africa to the offshore islands of Cape Verde.

HMN Technologies has already been involved in the creation of the "PEACE" submarine cable, connecting east Asia with Africa and, with a hub in Marseille, with Europe since 2017.

Data center revolution
On the continent itself, Huawei is already offering a wide range of services, including the provision of datacenters, where the critical data of organisations -from small companies to governments - are stored.

According to a report by the African Data Centers Association, Africa needs 1000MW and 700MW data center facilities to meet demand.

The African Data Centers Association (ADCA) and Xalam Analytics say the rest of the continent needs significant investment to meet  needs and to reach par with South Africa. And China is ready to go.

In 2019, DataCenterDynamics (DCD), a portal that monitors the global internet infrastructure, reported that Chinese telecoms giant Huawei was to deliver a data center, smart city and surveillance project in Kenya for approximately €150 million.

In July 2020, the Cameroon government also ordered the Huawei equipped Zamengoe data center in Cameroon, a project that was also financed by China's Exim Bank.

The deals gave Huawei a boost after several countries banned the company's 5G equipment outright, among them the US, UK, and Australia.

Elsewhere, the CFO of Huawei, Meng Wanzhou, the daughter of founder Ren Zhengfei, is currently under detention in Canada, accused of involvement in breaching US sanctions against Iran. She also faces the possibility of being extradited to the US.

But Huawei's latest involvement in a government datacenter in Senegal changes the dynamic.

In June, DCD reported that the new data center, located at the Digital Technology Park in the city of Diamniadio, will be managed by Senegal's state IT firm State Informatics Agency (ADIE).

According to Olander, of the China Africa Project, the opening of the center marks an important milestone in Africa. This is the first time that a country is fully replicating the Chinese data governance model that requires all servers to be located within a country's borders, providing the state with full access to the information," he says.

"The idea is that it offers 'cyber sovereignty,'" Olander told RFI, "an idea that runs very much counter to the free and open Internet principles that the United States has pioneered since the beginning. This represents two polar opposites."

And it is giving Washington the jitters.
"Washington is concerned that Huawei's relationship with the Communist Party of China is such that it exposes countries that the United States does business with, or the United States itself to security risks," says Olander.

He believes that US authorities are afraid of 'backdoors' in the equipment, which in the event of an emergency or a conflict, would give the Chinese access to a wide range of data using Huawei's technology. In such a situation, the US would be excluded.

Spying allegations
Another concern is  allegations of Chinese spying. A 26th of January, 2018, article in Le Monde, describes how Chinese technology allowed massive amounts of sensitive data from the headquarters of the African Union (AU) to be stored in Shanghai.

Huawei (which provided the AU building with a large part of its cyber software) and the AU denied the allegations, but the suspicions never went away. They were fed by a 19th of August, 2019, Wall Street Journal investigation which alleged that Huawei technicians helped African governments spy on political opponents in Uganda and Zambia.

Olander plays down the allegations. "Does Chinese technology, facilitate espionage? No more so that Ericsson technology does. It's what people are doing with the technology.

"We know [about] the National Security Agency in the United States,  detailed in the Snowden papers, about how it was collecting massive amounts of information...that kind of behavior is common in international statecraft," he says.

"Excellent business relationship"
In spite of the concerns of the US and its allies, the CEO of French telecom giant Orange, Stephane Richard, said at the Mobile World Congress in Barcelona on 29 June 2021, that while Chinese vendors of mobile phone hardware are shunned in Europe, the company sees no problem in working with Huawei in Africa where it dominates as a supplier of equipment to many telecoms operators.

"We're working more and more with Chinese vendors in Africa, not because we like China, but we have an excellent business relationship with Huawei," he said.

"They've invested in Africa while the European vendors have been hesitating."