The History Behind Our Sufferings Part 2 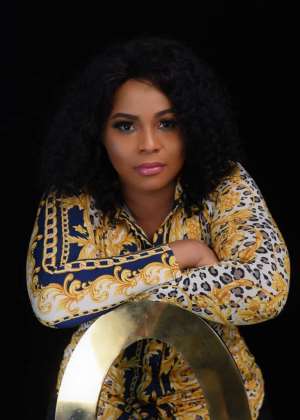 In part one, I have explained that God's creation started in Africa not Europe. The Garden of Eden was created in Africa, Ethiopia. God created the first man in Africa. Genesis 2:7-14 “Then the LORD God formed a man from the dust of the ground and breathed into his nostrils the breath of life, and the man became a living being. Now the LORD God had planted a garden in the east, in Eden; and there he put the man he had formed. The LORD God made all kinds of trees grow out of the ground—trees that were pleasing to the eye and good for food. In the middle of the garden were the tree of life and the tree of the knowledge of good and evil. A river watering the garden flowed from Eden; from there it was separated into four headwaters.

The name of the first is the Pishon; it winds through the entire land of Havilah, where there is gold. Sea(The gold of that land is good; aromatic resin and onyx are also there.) The name of the second river is the Gihon; it winds through the entire land of Cush. The name of the third river is the Tigris; it runs along the east side of Ashur. And the fourth river is the Euphrates.” This verse tells you that the first man on earth was a black man not a white man. Genesis 1:26 Then God said, “Let us make mankind in our image, in our likeness, so that they may rule over the fish in the sea and the birds in the sky, over the livestock and all the wild animals, and over all the creatures that move along the ground.”

This means, God created all races in his image . Also in Part One, I stated how white people came to this world through Isaac and Rebecca. They had a twin, Jacob the younger child was Black and Essau the elder child was White. If you ever heard the story of Jacob & Essau, where Jacob deceived his elder brother and took his position as the elder son. This created enmity between the two brothers, and they hated each other until Jacob relocated to Haran, and lived with his uncle, Laban (Their mother’s brother). In the New Testaments, Harran is mentioned in the Book of Acts (7:2–4), in a recounting of the story in Genesis wherein it first appears. In Genesis 28:10–19, Abraham's grandson Jacob left Beersheba and went toward Haran.

Along the way he had his dream of Jacob's Ladder. Harran in the present day is in Turkey, a village in the southeastern. Remember Turkey is NOT in Europe but Middle East. The ancient Middle East they are not Whites but Blacks. In Part One, I indicated that, Essau name was changed to “Edom” because his brother, Jacob gave him a food called “red pottage”. Edomites spread across the history in the Bible and the world.

They settled in the present continent called Europe and their headquarters is in Italy the ancient Rome (Romans). In summary, Essau descendants are whites’ people and Jacob’s descendants are Black’s people. Then, why are Blacks suffering? Why is Africa underdeveloped? Why the Middle East is under attack? (Note: The Middle East was part of Africa continent until the Romans Empire conquered the world and created the Middle East, “In Roman times, Carrhae was the scene of a disastrous defeat of the Roman governor Marcus Licinius Crassus by the Parthians (53 BCE) and of two later battles between the emperor Galerius and the Persian (Sāsānian) king Narses (296–297 CE). Pop. (2000) 8,784; (2013 est.) 7,375.”).

The Europeans came together after the Greek Empire, and planned how to colonize Africa. Never use any cream to bleach your skin, a white woman will never use any cream to bleach her skin. White created those chemicals for Africans, to destroy Blacks generation. The leader of the Edomites was the Roman Empire. This where colonization of Africans started by the Edomites (Europeans):

Fearing that Esau will “kill us all, the mothers with the children” (Gen. 32:11), Jacob places his trust in God and decides to reconcile with his brother. To do this, he first sends a series of peace offerings to Esau, hundreds of goats, sheep, camels, cows, bulls, and donkeys. That night, after dispatching these peace offerings, Jacob wrestles famously with an unnamed man, whom Jacob does not release until he is blessed and given a new name: “You shall no longer be called Jacob, but Israel, for you have striven with God and with humans, and have prevailed.” Gen. 32: 28-29. After deciding to reconcile with and pay restitution to Esau, “Jacob,” the supplanter, becomes “Israel,” the victorious, blessed, good wrestler. The next morning, Israel (Jaco), limping because of his hip, injured during the night, finally meets his brother. Before greeting him, Jacob bows seven times. Esau embraces him, and they both weep. What happens next is even more astonishing. Esau initially refuses his brother’s peace offerings, saying that he already has enough. Israel insists, replying: “No, please; if I find favor with you, then accept my present from my hand; for truly to see your face is like seeing the face of God….” Gen. 33:10. Jacob now sees “the face of God” in the face of the very brother who had sworn to kill him.

Jacob asked Essau to take everything he has worked for including his children. Essau pretended to reject the offer (That is the character of Europeans) his brother gave but at the end the offer was accepted by Essau. Essau was now controlling his brother Jacob’s family and his property. Europeans (Edomites) are desperate for our gold, diamond, cocoa, oil, etc. In Deuteronomy 2:2-6 “Then we turned back and set out toward the wilderness along the route to the Red Sea, [a] as the Lord had directed me. For a long time, we made our way around the hill country of Seir. Then the Lord said to me, “You have made your way around this hill country long enough; now turn north. Give the people these orders: ‘You are about to pass through the territory of your relatives the descendants of Esau, who live in Seir. They will be afraid of you but be incredibly careful.

Do not provoke them to war, for I will not give you any of their land, not even enough to put your foot on. I have given Esau the hill country of Seir as his own. You are to pay them in silver for the food you eat and the water you drink.’” According to the Bible Commentary, the descendants of Esau were distant relatives to the people of Israel (400 years earlier, the brother of Jacob was Esau). God did not want Israel to take the land that He gave to Esau and his descendants, the Edomites (Edom was a nickname for Esau). Perhaps the most famous Edomite in the New Testament was Herod the Great. He was hated by the Jews because he was an Edomite, but he wanted to be received and respected as a Jew. God commanded Israel to treat the Edomites with respect, even though they could have dominated them as a stronger nation.

Edomites (Ancient name) now Europeans settled in different locations in Europe and God warned Moses and the Israelites against the Edomites because they were extremely dangerous and till date, they are. Before the birth of Yeshua Hamaschiac, the Edomites came together, and they planned to rule the world. Like I said earlier, their leader was the Roman Empire and till date, the Roman Empire is still ruling the world. Their agenda is to rule Africa and take our resources and they succeeded. After the Israelites settled in Canaan the present-day Israel, nations started to fight to control the world. The first Empire was Babylon. The Babylonian Empire was the most powerful state in the ancient world after the fall of the Assyrian empire (612 BCE). Its capital Babylon was beautifully adorned by king Nebuchadnezzar, who erected several famous buildings. Even after the Babylonian Empire had been overthrown by the Persian king Cyrus the Great (539), the city itself remained an important cultural center. The present name of Babylon is Iraq (Middle East). After Babylonian Empire, the second empire was Medo-Persian Empire. The Persian Empire is the name given to a series of dynasties centered in modern-day Iran that spanned several centuries from the sixth century B.C. to the twentieth century A.D. The first Persian Empire, founded by Cyrus the Great around 550 B.C., became one of the largest empires in history, stretching from Europe’s Balkan Peninsula in the West to India’s Indus Valley in the East.

Kennedy Agyapong will win NPP’s primaries because of his hon...
4 minutes ago

You disgraced yourselves and the entire country by booing Ak...
11 minutes ago