Galamsey: No fish can be found in Pra River – Oppong Nkrumah 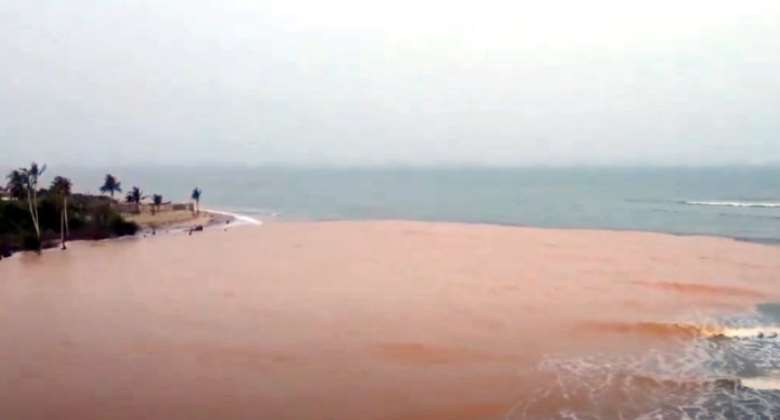 Minister for Information, Kojo Oppong Nkrumah says illegal mining (galamsey) on the Pra River has resulted in the total destruction of aquatic life in the water body.

According to him, no fish can be found in the Pra River due to the use of chemicals such as cyanide and mercury by illegal miners that have polluted the River.

“When you travel to visit the Pra River, Paul, and I challenge you to go there with your camera crew you’ll be shocked if today it hasn’t improved. At the banks of the Pra River, you’ll see for yourself chemicals, aquatic life is gone in the Pra River. I tell you myself you won’t find fish in there…dead, gone. Cyanide, mercury, etcetera. The Ghana Water Company pumps that draw in water from the Pra River to water stations for treatment they are having to replace the drawing pumps on a regular basis because the kind of chemicals and mud that is coming from the Pra even the machines can’t sustain it,” the Ofoase Ayeribi MP stated on Good Evening Ghana show on Metro TV monitored by Kasapafmonline.com.

Oppong Nkrumah stressed that government has had to adopt a ruthless posture in fighting the galamsey menace because of the negative impact the activities of illegal miners are having on water bodies and the environment.

“If you are tackling a problem like this there can’t be a hanky panky exercise of what is comfortable. It is a difficult set of decisions that have had to be made. But I think there’s a very simple solution, don’t mine in the water bodies, don’t go a hundred meters from the water bodies.”

Government has renewed its efforts to clamp down on illegal mining, with a 200 men military Taskforce directed to destroy all excavators on site.

The Taskforce reportedly set ablaze 25 excavators in the Central Region a fortnight ago. The excavators were burned in the houses of their owners in Ntafrewaso, Asamoah Krom and Awisem, all in the Twifo Praso District.