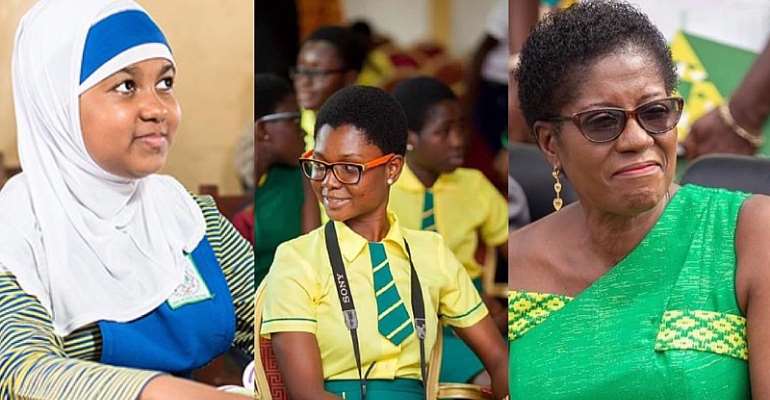 An Islamic Scholar Sheikh Ibn Saana has noted the decision of management of Wesley Girls' Senior High School to ban Muslim students from practising their religious beliefs is a "recipe for danger."

He indicated the minority groups in Ghana are suffering from the rule of majoritaraniasm despite Ghana being a circular state.

His comment comes on the back of President Akufo Addo’s call for dialogue between the Muslim and Christian communities to resolve the standoff at the Wesley Girls' Senior High School.

Commending the President on his clarion call, the Islamic Scholar said no institutions’ rights and rules should supersede the national constitution.

Sheikh Ibn who was speaking on the 3FM’s Sunrise Morning Show said “ In Ghana, we have respected the constitution. Go to the other countries around us; countries that have suffered and slipped down the road, the individual organizations like Hezbolla are more powerful than the state which is wrong. If we allow religious groups [I don’t want to mention names] to have their way and decide that whatever they do the state should stay off, it is a recipe for danger”.

According to the Islamic Scholar, the posture of Dr. Bawumia shows he is more tolerant of the Christian and Islamic religion.

Meanwhile, the General Advisor, Programme for Muslims -Christian Relations in Africa, Rev. Dr. Johnson Mbillah said Ghana has failed in this latest development. He said the country should avoid the politicization of religion and the religionization of politics.

“These things that have come up may fall in the hands of those who want to do politics with it and that is not good. The two religions have different philosophies that if we don’t use it carefully can be very dangerous. If we don’t stay on course we will fall into what I call religious tribalism. Religious tribalism is more dangerous because in all ethnic groups in Ghana we have Christians and Muslims”.

---with files from 3news.com