Equipped by US, Israeli firms, police in Botswana search phones for sources

By Committee to Protect Journalists
Botswana 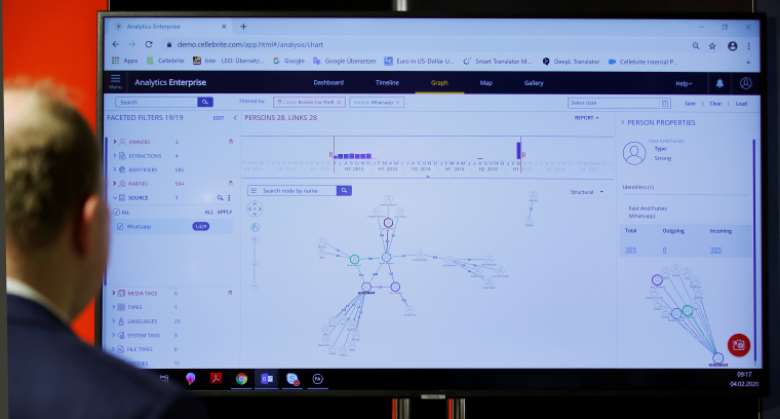 Oratile Dikologang was naked when police officers pulled black plastic over his head during his detention in April 2020. It was difficult to breathe, but the interrogation continued, he told CPJ in a recent phone interview. “What are your sources, where do you get information,” he recalled them asking repeatedly. “It was the most painful experience,” he said.

Dikologang, the digital editor and co-founder of the Botswana People’s Daily News website, and two others still face jail time in relation to Facebook posts that police were investigating when they hauled the three in for questioning. CPJ documented the incidents this month, and made several attempts to reach representatives of the government and police in Botswana for comment. Dikologang denies responsibility for the Facebook posts at the heart of the case, and said that police questioned him about his own reporting.

Dikologang told CPJ that he refused to reveal his sources – but he did provide the password to his phone. Police then “successfully extracted” and “thoroughly analyzed” thousands of the journalist’s messages, contacts, images, audio files, and videos, as well social media accounts and applications, according to an affidavit that they submitted to court to support the ongoing prosecution. Other police documents reviewed by CPJ say Orange Botswana provided mobile account information for Dikologang and his co-accused, as well as another newspaper editor who was questioned during the investigation.

To examine the phone, police used a Universal Forensic Extraction Device (UFED) sold by Israel-based Cellebrite and a Forensic Toolkit (FTK) from U.S.-based AccessData, according to the affidavit from the Botswana Police Service Digital Forensics Laboratory, which CPJ reviewed. Websites run by the two companies advertise their technologies’ utility for extracting information from phones and computers, as well as breaking into locked devices and decrypting information.

The search of a journalist’s phone in detention exemplifies the threat digital forensics technologies pose to privacy and press freedom around the world. CPJ has previously identified the acquisition of UFED and FTK in Nigeria, and of UFED and similar tools in Ghana – both countries where journalists report having their devices seized and being interrogated about their sources. And police in Myanmar used UFED to extract information from jailed Reuters reporters, The Washington Post reported in 2019.

“It’s a huge breach for a journalist,” Outsa Mokone, the editor of Botswana’s Sunday Standard newspaper, whose devices were taken when he was arrested in 2014, told CPJ in a phone interview this month. “We can’t protect our sources if our phones are seized.”

Dikologang was arrested alongside Justice Motlhabani, a spokesperson for an opposition political party at the time – who told CPJ that police tasered him during interrogation – and Letsogile Barupi, a university student who ran the Facebook page identified in the charges. The police affidavit says that in February 2020, well before the arrests took place, a senior officer had ordered that their devices be searched for information about “offensive” Facebook posts. Barupi and Motlhabani also told CPJ that they gave police the passwords to their devices and accounts during interrogation in April. Facebook pages they operated were subsequently disabled, they said, and CPJ has not been able to review the posts they were questioned about. 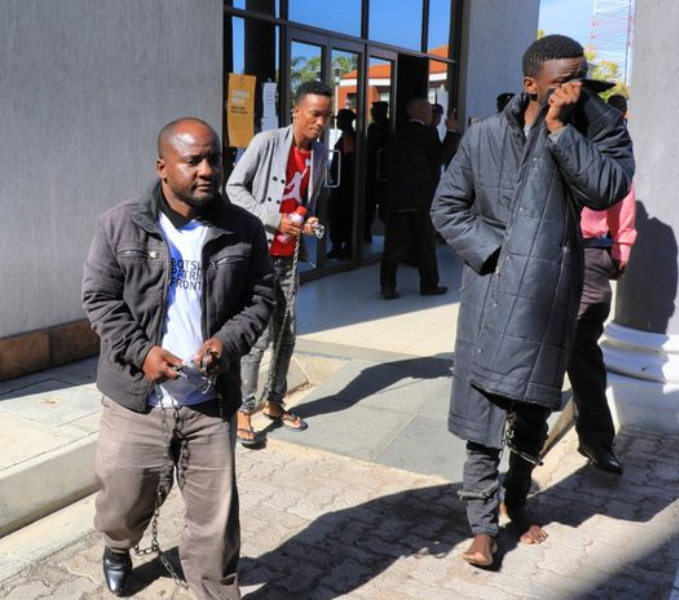 “This thing has sent shivers down the people who take journalism seriously,” the Standard’s deputy editor Spencer Mogapi told CPJ. Mogapi, who is also editor of local newspaper The Telegraph and chairman of the Botswana Editors Forum, said he was also questioned in the case because of messages he had exchanged with Motlhabani, which officers presented to him in a printout. He said he had known Motlhabani for years and was not charged in the case.

Police obtained the identity attached to Mogapi’s phone number in a “subscriber report” from his mobile company Orange Botswana, according to separate police documents submitted to court by the prosecution and reviewed by CPJ.

“It’s shocking,” Mogapi said when CPJ informed him of the report this month. “I don’t know what they have on me, what information they have about my contacts,” he said.

The documents say Orange Botswana also identified accounts owned by the three men facing charges and provided an “activity log” from Dikologang’s; a company representative previously told CPJ by email that they “comply with all court orders” and cannot disclose details to third parties. In a follow-up email regarding Mogapi’s subscriber report, Orange Botswana said CPJ should direct questions to the police in Botswana.

Reached by phone in April 2021, Morwakwena Tlhobolo, the police officer who conducted the forensic searches and submitted the affidavit, said he was not able to answer questions without senior approval. When CPJ called back, a person who answered the phone at the police forensics lab said that Tlhobolo was not permitted to respond.

Botswana police spokesperson Dipheko Motube has told CPJ before that he could not comment on the case because it was before the court, something he reiterated in response to a message about Mogapi.

Cellebrite responded to CPJ’s questions by email in April via representatives of Fusion Public Relations company. “We have multiple checks and balances to ensure our technology is used as intended. We require that agencies and governments that use our technology uphold the standards of international human rights law,” the email said. “When our technology is used in a manner that does not meet international law or does not comply with Cellebrite’s values, we take swift and appropriate action, including terminating agreements,” the email said. Cellebrite declined to comment on “any specifics” involving their customers or the use of their technology.

On April 8, Cellebrite, which is owned by the Japan-based Sun Corporation, announced it would go public via a shell company and be listed on Nasdaq, the Israeli newspaper Haaretz reported.

In an emailed response to CPJ’s questions, Sun Corporation said, “We are very sorry to hear about what happened, however we are afraid that we are not prepared to provide any comments, where there is no evidence provided.” CPJ asked what kind of evidence would warrant a response, but received no reply.

AccessData and its parent company, Exterro, did not respond to questions CPJ emailed in mid-April to addresses listed on their websites and to two people who identified themselves as Exterro marketing representatives on LinkedIn. CPJ called AccessData’s offices in the U.S. but was unable to connect to a representative. A voicemail CPJ left on the company’s U.K. phone number in May was not returned before publication. In early May, a person who answered the phone at Exterro’s U.K. office said they would find someone to respond to questions, but did not return CPJ’s call before publication.

“This affects my work,” Dikologang told CPJ of the incident. “Since [my sources] know the phone has been taken by the state, maybe they will be afraid to give information.”