Loneliness: The silent killer in a virtual world 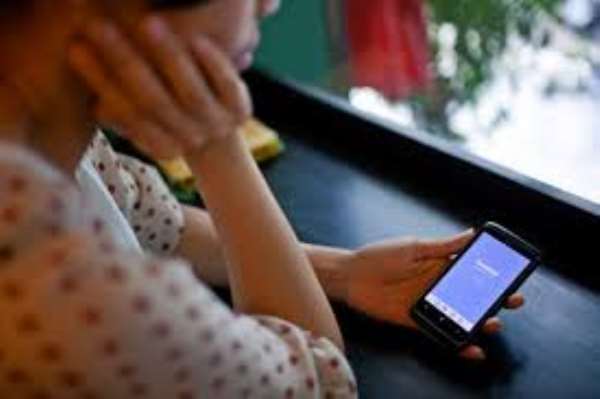 In the book of beginnings, Genesis, God was/is very clear, it is not good for Man (also used in the generic sense) to be alone. Throughout history, technological "backwardness" was key in ensuring "primitive and organic solidarity". Humans needed one another to achieve the basic things in life.

One’s livelihood - food, security, health, accommodation etc - was primarily based on shared experiences and values - leading to human gregariousness. Indeed, as humans, we were created as dependent beings. We were/are to depend on two levels - theocenric (depending on God) and anthropocentric (depending on our fellow human beings) for sustained welfare.

Unfortunately, the rise of modern science - which was/is a blessing - has been appropriated through technology to challenge human gregariousness. Since the industrial revolution in England in the 1730s, marking an important breakthrough in technology, human beings were deluded into seeing themselves as individual qua individual.

The extended family system started eroding as people moved into the cities; marriages began to suffer, as people became more career-oriented; sex for recreation, rather than for procreation and recreation, became canonised. In its wake, loneliness has become the predicament of humanity. In the more recent world, we have seen an upsurge in social media use – leading to the creation of a virtual world. Smartphones and such gadgets have become alibis of human beings in a virtual world.

Alongside the internet revolution, these gadgets have made us virtual beings. This is precisely because most activities have moved from offline to online. The situation has been exacerbated by the current coronavirus pandemic. To stem the tide against the pandemic, social distancing - which is actually physical distancing – has dis-membered human beings.

In the end, we are left with no one, but ourselves to face the vicissitudes of life. The idea of a problem shared constituting a problem solved has progressively become a mere cliché of a distant pre-industrial past.

It is now easier to have virtual friends than real friends. It is easier for people connected miles away on the internet to communicate than persons sharing the same table and chair.

The outcome of all this: upsurge in loneliness, suicide, behavioural problems, moral corruption, social ills etc. In sum, humans have significantly lost their social skills.

Indeed, things have fallen apart. It appears every step in the way of technological progress deepens our loneliness. Technology continues to deprive us of our sociality. We lose our shared values. Mark Zuckerberg, a social media guru, attempted to rescue the problem of loneliness created by the virtual world by creating a social media family. But it looks as if we are faced with the question, "If the foundation is destroyed, what can the righteous do?"

As we keep running in circles to solve loneliness, why don't we go back to God and His plan for humanity? We have to go back to that foundational truth, "It is not good for Man to be alone." As Rabbi Jonathan Sacks said, we should restore the "We" to "I" to rescue the human race. In all this, God matters more than technology if we are to recover our humanity to deal with loneliness.