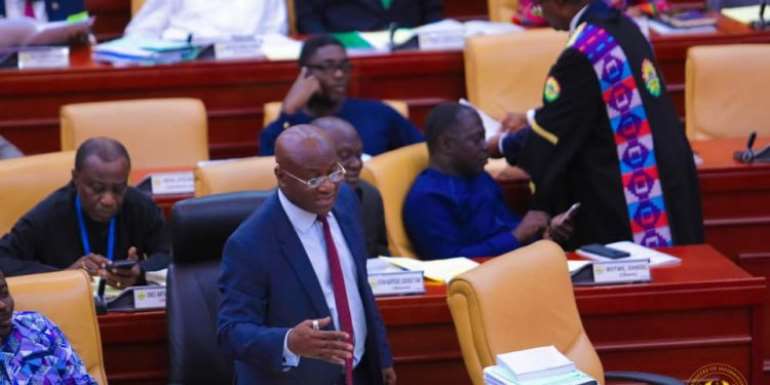 Former Akufo-Addo Presidential Campaign Manager Boakye-Agyarko cannot be taken seriously, when the self-disgraced former cabinet appointee intemperately and condescendingly chides Parliamentary Majority Leader Osei Kyei Mensah-Bonsu for wisely and preemptively asserting that it was about time indefatigable and talented non-Akan leaders of the ruling New Patriotic Party (NPP), who have meritocratically and literally earned their keep, were allowed to lead the Elephant Party into the 2024 Presidential Election (See “Leave That to the ‘Bloody Fools’ – Boakye-Agyarko Slams Kyei Mensah-Bonsu Over Non-Akan Statement” Ghanaweb.com 4/7/21).

The abysmally and epically failed first Akufo-Addo Energy Minister would be living in a Fool’s Paradise, if Mr. Boakye-Agyarko miscalculatively supposes that the party will be poised to, once again, repeat the strategically inadvisable protocols of the past, whereby “laid-down party rules and procedures” were blindly and dogmatically permitted to blindside common sense, fair play and justice. As a trusted lynchpin of the first Akufo-Addo Administration, the former New York City Branch Vice-President of the Bank of New York almost single-handedly, and single-mindedly, derailed Nana Akufo-Addo’s visionary agenda for the long overdue resuscitation of a badly battered Ghanaian economy and the rapid and massive advancement of the same.

So, really, unless he has been living comfortably in a veritable Fool’s Paradise since he was deservedly jackbooted out of the Akufo-Addo cabinet, the last thing that the Somanya- or Odumase-Krobo native ought to deem himself to be, by way of party leadership ranking, is that of an “Elder of the New Patriotic Party.” It is absolutely beyond debate that venturing into the 2024 Presidential Election, Mr. Boakye-Agyarko is a man with, at best, a nondescript status in the party. In other words, by virtue or vice of his abjectly poor and treacherous performance as a trusted key Akufo-Addo cabinet appointee, Mr. Boakye-Agyarko has absolutely no credibility or an enviable image or reputation to so cavalierly presume to speak for the party’s most respected and trusted movers-and-shakers.

He long ago lost his pride of place and leadership status, when he “foolishly” and deviously attempted to both sabotage the most progressive and visionary leader of Ghana’s Fourth Republic, as well as scandalously hitch his proverbial wagon to the fast-fallen and irreparably ignoble star of the apocalyptically vanquished Mahama regime, in the unforgivably depraved and criminal Mega-Heist Racket that was the Dubai-brokered and Ankara-concocted AMERI-Deal Scam-Artistry. He would be making a grievous mistake to facilely suppose that his three, or so, years of strategic silence has thoroughly either absolved or redeemed him of his carcinogenically myopic attempt to take Ghanaian taxpayers and those most expectant of an Akufo-Addo Golden-Age Miracle of socioeconomic redemption from the infamous Mahama Economic Drought for a ride.

On the latter count must be, once again, emphasized for the resonant and definitive instruction and edification of those hell-bent on crashing the fortunes of the Elephant Party, if they cannot have their old, tired, primitive, feudally jaded way, that there will be absolutely no turning back the salutary and civilized clock of progress to the jejune dabbling in the sort of “Spare-Tire Politics” or “Political Spare-Tire-ism” that brought us Apostle Dumsor and the effective and massive underdevelopment of our country. It also goes without saying that the Kumasi-Suame New Patriotic Party’s Member of Parliament rose to the occasion and his maximum best, almost verging on genius proportions, when Senior Mensah-Bonsu poignantly reminded his party’s apparently morally fast asleep and hopelessly nutating leadership, that the proverbial Wheel-of-Fortune warrants that wisdom and talent be critically envisaged to be widespread across the land, and not the unique preserve of any one self-infatuated ethnic or subethnic polity in the country.