Save your Marriage, Get married to an ugly guy! 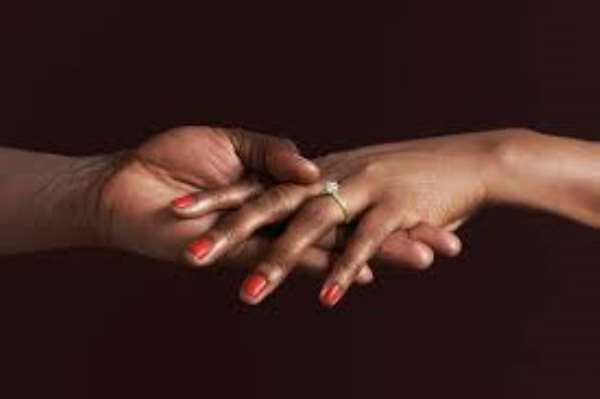 “I will prefer an ugly guy to a handsome guy if I want to save my marriage.” Phynna said.

Will you prefer to marry a handsome guy or a beautiful woman if you are ugly? Let’s see!

Mame Esi, my next-door neighbor always has one trouble or the other because she got married to a fine man. Her husband will come home late after work, receive phone calls at night, has one excuse or the other.

Sometimes this handsome boy will go to the extent of beating his wife. I prefer to marry an ugly guy than to die young married to one handsome boy. After all, it isn’t ‘fresh boy that I will chop'. This is the story of one Ghanaian woman in Madena.”

Still on the street interviewing people on the issue at hand! This fine woman says she will prefer to get married to a handsome guy. “I won’t marry a chimpanzee who will at night chase me out of the room with his face, she said. I will prefer a young guy who is very handsome, looks like a mirror to serve as my dressing mirror. A handsome guy glorifies my relationship. Can you imagine how nice it is to have a handsome and in fact a beautiful guy at a company’s meeting! I will prefer a handsome guy to an ugly one!”

Leaving the street, I put it to you, ‘will you prefer to marry a handsome/beautiful man or an ugly person'?

Which type of woman will you prefer to marry, beautiful or ugly? State your claims and defend it.

Personally, I will prefer a beautiful woman.

NB: those who did philosophy, please lay down your philosophical eyes. We are not talking about “Inner Beauty” here. Besides this is not an Aesthetic class.