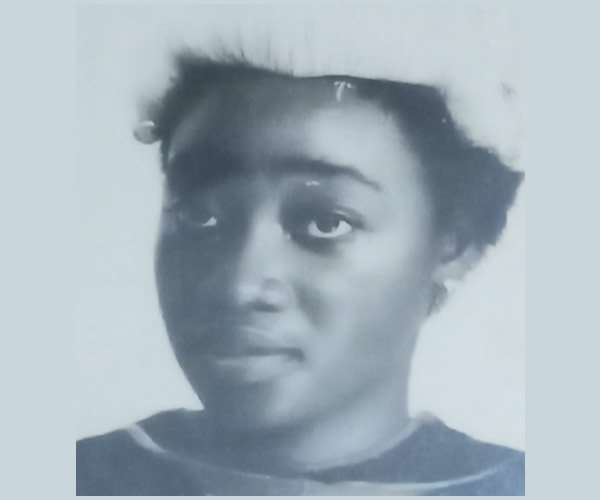 Ghana Montie, What and who is the EC chair, protecting without defending 5 different results? Ghana from itself? Does the EC have an archive of elastic 2020 election results data that can stretch at whim?

***Of course, the EC had no choice but to voluntarily Correct and Protect its gazetted results, when it realised it was inconsistent with a pronounced Winner, done with an apparent "slip of tongue" which amounted to a potential destiny changing HICCUP by, transposing TOTAL votes for VALID votes cast, but cannot defend it?! "Aba Kwantsema, ebei, Anansesem ye asisie to no yie" ***

*Kindly lend attentive ears: If I were H.E President Akufo- Addo, instead of Retiring the gem of an Accountant General Domelovo, to make fellow citizens including men weep copious tears of disbelieve, yet,"Barima nsu"; I would notwithstanding the Court Supreme's dire decision,"fire" the EC's Chair, Mrs Jean Mensa "Ahwenepa nkasa", she who must not be allowed to speak, for creating cloudy credibility issues around my election victory, as though I have not been duly and validly elected and for incompetence.

Furthermore, to inspire needed confidence in fellow citizens, who I have energized, not to be mere onlookers, I would ORDER a genuine Independent Audit of the Presidential results and subject myself to a Re-Run if merited. *Now, would that not be Leadership one could Believe in, Trust and be Proud of and a Good Democratic cause for a 64th independence celebration?

**Anuanom, The Petitioner's case did have Evidence and was one of Simplicity:ie: Detrimental Reliance on the EC's own "errorzone" gazetted Official Results. A veritable windfall, based on which no winner could have been declared. That certainly is clear evidence... The mosquito bite had an EC sting which was misdirected when Asiedu Nketia was asked whether total votes should be used. ??

*** Most Significantly, Why ask Asiedu Nketia and not Jean Mensa this poignant question regarding EC's sole and fundamental Public Function in differentiating the significance of Total from Valid votes cast.

Petitioner's case was posited strategically in "loco Parentis" with the EC. In other words, in depending on the EC's official figures, it gave due regard to the responsibility of The EC to do its honourable Duty as Undisputed "Parent" of Ghana's elections and Singular Guardian and Custodian who not only Protects but Defends its election data to do Due Public Diligence and explain its figures to the Electorate and the adult "child" Petitioner who felt aggrieved***

***Advisedly, It cannot be the Petitioner's role, to explain EC's tangible errors, once the errors were put in dispute and Accepted as having MERIT in court. I daresay, the onus was on EC which had singular insider knowledge of its own pronouncements and its logical basis to ***explain how it could gazette figures which benefitted the Petitioner with regards to a re-run and then attempt four subsequent fluid corrections as though the EC had already rerun the election when Techiman which was outstanding had been already discounted. Is this keeping faith with the electorate? ***

Yet, hey Presto, compounded errors reign supreme in a Supreme Court with unanimous decisions not to subject five variable numerical hypotheses to *ANY SCRUTINY* Now, this cannot be right and in my view is akin to a subversion of substantive Justice aided by an unsuitable process.

** Now, please let us inquire: On what Rational Basis did Chief Justice Annin Yeboah ascertain the credibility of the disputed EC Declaration, its subsequent correction as well as corrected corrections, which has an aura of manipulation to find a convenient resting place? What other preponderance of evidence was the supreme court looking for in the context of the only evidence in the case being EC's varied Figures?

***The evidence of the EC and that of the Petitioner ARE the SAME oooh, How so?, because the Petitioner made expedient use of the official record, which evidence has an appearance of malfeasance by its 5 varied chameleon phases.

*What stopped the Supreme Court, apparently rendered powerless, by undesirable adversarial strictures by recapturing the commanding heights of its Independent and discretionary Freedom by taking Judicial Notice of the entire evidence at issue, ie the EC"s five different figures and ORDER an Authentication AUDIT rather than accepting that the final number put out is consistent with 50% plus 1, therefore, case without merit dismissed?.

*Where is the explanation and or justification for the EC's ping- pong figures at issue in the ruling which is anaemic or to be culturally correct, malnourished with "Koshiorkor" for lack of Interrogatories, Admissions, EC testimony Or an Independent Auditor's Report, ie Zero "due Process*

Without an independent audit, how does the Chief Justice/S.C panel know that what has become erroneous gazetted total votes is not subterfuge but actually THE valid votes cast..! We know there is no adversarial law that prohibits independent audits because that facility was utilized in 2012.

***In my very well-considered Legal Opinion, the issue of EC's figures that went to court remain outstanding NOT for lack of Petitioner Evidence but for lack of EC interrogation and non-virtuous permissive abysmal silence. The case has not received hearing yet as the Petitioner was in an effective, default monologue ***

*A Petitioner as a candidate in a national election does not self - select from his private compilation. Indeed even if the Petitioner had put out alternate figures, per the Supreme Courts ruling, that would not have made an iota of a dent in compelling testimony from the EC chair, who is subject to no controls at least not at the Supreme Court.

If a thief, voluntarily records that he has stolen a Rolex watch worth $100k and subsequently states that what he stole was a mere worthless copper wire bracelet, what should the owner who cannot find his Rolex watch believe? There is a legal supposition that spontaneous utterances

made contemporaneous with stupendous occurrences are more trustworthy than afterthoughts, but I digress

IF Parliament which cannot ORDER a Presidential Election Rerun can compel testimony including by the EC why can the Supreme Court that is vested with that power NOT do same?

*** I am extremely sorry, but this adversarial hindrance to an Election Petition does not make any sense, at all.***

Furthermore, there were sufficient grounds to distinguish this case as regards the unique relevance of the EC's Position or in the alternative, as regards the specific issue before the court that one could have a valid election with declared invalid results

*The Supreme Court decision is thus, at least controversial for lack of Effective Probe due to its hands being ruthlessly tied, making the whole endeavour seem a ridiculous waste of Ghana's highest Intellectual Capital, time and resources.

*In my undaunted legal summation, an unfair process does not lead to a fair decision even if the decision may not have differed had a fair process been utilized and this is the quintessential dilemma of election petition 2020 judgement which has a hollow ring to it. It definitely has a discomfiting legal vacuum.

As one of my learned friends opined the other day, when you sue your bank, your bank cannot refuse to give you or the court your requested statements for a certain period for review, because it routinely sends you statements and you should know your own transactions, and, the issue is whether or not the bank has fabricated its official record.

* If I were the EC Chair, I would have resisted that adversarial suppression of a court rule, proven the Independence of my office and its integrity by justifying my figures with assurance to the disquieted people of Ghana whose Trust and Confidence underlie my Presidential Pronouncement with unqualified apologies for creating an aura of corruptible "inadvertence" open to negative interpretation.

On this thoughtful note, let me ever so humbly Put IT to the whistling winds that chime audibly, that: It is inordinate POWER, not LAW that ambushed EC chair and ensured her discomfiting Silence. Something is truly wrong which need drastic change for a " brave and strong nation where we cherish Fearless HONESTY " and are "BOLD " to defend FOREVER the cause of freedom and of RIGHT" as per our national anthem.

Akuapem Poloo conviction should serve as a deterrent to nude...
49 minutes ago