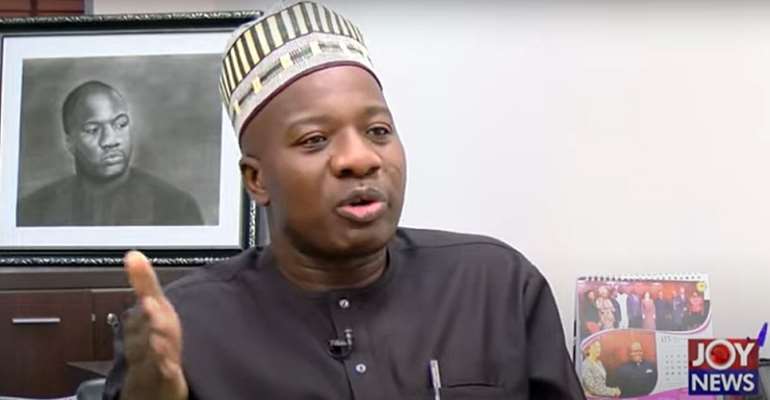 The NDC Member of Parliament for Bawku Central, Mahama Ayariga, has said the National Communications Officer of the NDC Sammy Gyamfi overstepped his boundaries in his attack on the Speaker of Parliament Alban Bagbin.

He described as unwarranted the attack on the Speaker of Parliament Alban Bagbin by the Communications officer of the NDC.

“To move from criticisms to questioning the integrity of the Speaker is overstepping the boundaries. You need to show exactly what Bagbin did to become the subject of an attack,” Ayariga said on GHToday on GHOne TV Friday.

The National Communications Officer of the NDC, Sammy Gyamfi has called for an immediate shake-up in the leadership of the NDC MPs in parliament.

“The current leadership have lost their moral authority to lead and are not fit to sit on the front bench of the NDC side of the house,” Sammy Gyamfi said in a press statement on Thursday.

It comes after the House voted to approve all the vetted nominees for ministerial positions Wednesday night.

The three Miniserial-nominees who were rejected by the Minority side on the Appointments Committee were approved by Parliament through secret balloting.

All other vetted nominees were also approved.

Before the votes, the Minority Members withdrew their consent for the approval of the three security sector ministers-designate following an uproar in the NDC.

Kan Dapaah, for National Security, Dominic Nitiwul for Defence, and Ambrose Dery for Interior had already been approved by the NDC MPs on the committee but the party has raised concerns over the move citing the nominees’ alleged role in the Ayawaso by-election violence and the killings that took place in 2020 polls.

At a caucus meeting Wednesday which lasted for over 2 hours, the caucus resolved to withdraw their consent for the consensus approval of the trio.

The party had directed its members to vote against some of the nominees especially those with security portfolios.