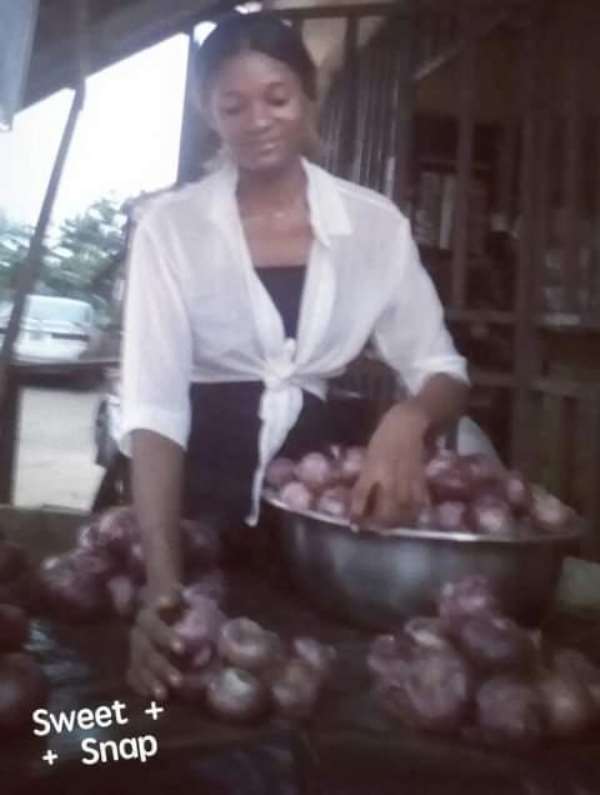 The monthly competition put together by the hard working team of the Princewill's Trust is well into its second year and is fast becoming the go to standard for transparent online competition.

A statement from Princewills Trust quoted Prince Tonye T.J.T Princewill, who presented the cash award on behalf of his Trust, as saying the aim of the Trust was simply to encourage hard workers and move away from the mindset of entitlement. He called on the winner to make judicious use of the money and “give others like her, the courage and inspiration to do well, work hard and upgrade their businesses too. As your name has suggested,in the end; hope always wins.”

The “Help the Hard worker” monthly competition is organised by a non-governmental organisation, The Princewill’s Trust for entrepreneurs, youths and Rivers state residents engaged in micro business ventures and all forms of hard work in Rivers State.

The winner said she was in need of funds to expand her onion business, but was helpless, adding that it had always been her honest wish and desire to work hard to succeed in life. She called on Youths in Rivers state to be hard working and also engage in productive activities. She also advised them to shun violence and cultism and focus more on their creative ideas. With that, hard work and the grace of God, they would realize their own dreams of how to be successful in life. “Hard work eventually pays”, she stated. She equally thanked the Princewills Trust for giving her and others a wonderful opportunity in Rivers State.

Finally, she pleaded with others in a position to help, to do the same and to also give back to the society, whenever possible. In a related development, the winner of the Help a Smartworker sister programme for the same period is due to be announced later today. That is for the same category of people, but is restricted to the political class and has a cash prize of 150,000 Naira.