Abugri writes: After rebuking Ayine, where is that of Ken? 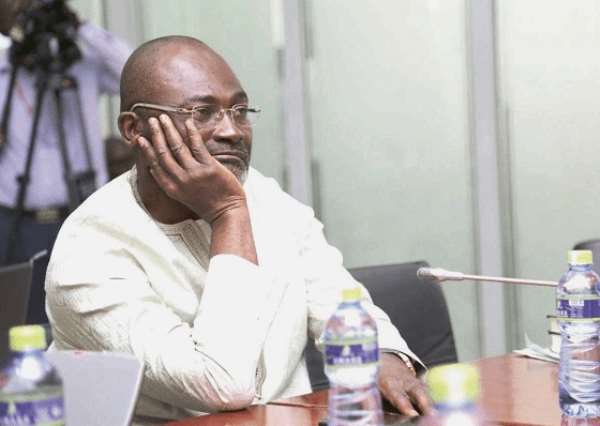 If there is any inch of the law that has been blessed with sharp powers and always ready to punch and has indeed done same perfectly over the years, then that ultimately will be the law of CONTEMPT of court. Say no evil about me! It is simple as that. The law of contempt in fact wants us to believe.

The word contempt literally means “the offence of being disobedient to or disrespectful of a court of law and its officers”. Plain in its literary meaning, contempt goes beyond speaking just ill, but equally includes actions and inactions that carries same weight.

This strength of the law of contempt was made clear to many Ghanaians in the 2012/13 landmark election petition. Powerful as they were, some Ghanaians, including lawyers, news editors and politicians alike were whipped by the tail of contempt.

The late Kwadwo Owusu Afriye; a lawyer and politician, Ken Korankye of the Daily Search light newspaper, the famous Binduri poor boy, Stephen Atubiga readily comes to mind. They were reduced to nothing when they appeared before the bench. They all pleaded for mercy…

Many other Ghanaians have been found guilty of the contempt law. A discretionary power, which is required in handing over pronouncement in contempt cases is thus lies in the hands of the judge. Indeed, they are powerful! But power, just like a weapon must be handled with care. It will be unwise to hand over a weapon to a heartless and careless fellow.

In the famous 2012/13 election petition, many, who were new to the fury of the law of contempt wondered if the judges were not overriding the interest of natural justice.

It is a fact that many Ghanaians have a lot to voice out relative to happenings at the judiciary, but are unable to do so because of fear of that ugly phrase, CONTEMPT OF COURT. Many are of a strong believe that the term has been coined to silence the ordinary Ghanaian. If that is indeed the reason(s) for which the law was crafted, then certainly you guess is as good as mine.

History has a funny way of repeating its self. We are in court gain litigating over the just ended 2020 presidential elections. Many Ghanaians have expressed varied opinions over the ongoing petition.

The dagger of the contempt law, this time round, fell on Dr. Dominic Ayini of the National Democratic Congress. Like many, he expressed his ‘frustration’ over the ongoing litigation. He has admitted in his ‘forced’ apology that he has indeed crossed the line.

Interestingly, the sharp sword of the law of contempt seem to be selective in firing. One case that keeps on lingering in the minds of well-meaning Ghanaians is that of the contempt case brought against kenedy Agyepong. The owner of Oman FM and Member of Parliament for Assin Central is reported to have threatened a high court judge. The unprintable words used by the politician in that threat sound very nauseating to say the least.

Many Ghanaians including me are at a lost as to why the MP still walks freely on our tax paid constructed streets. The Attorney General admitted in court that the MP has scandalized the court. Sadly, Ghanaians are yet to come to terms regarding the viability of the case in that offensive conduct.

Indeed, this is not the first time that the MP has put up such conduct. He is famous for declaring ‘war’ in this country some years back. An endless list could be reproduced of the politician regarding his offensive conducts. It appears he has not been punished in all those conducts or perhaps he is powerful than the law. If the latter is the answer, then Ghana is dead.

Many, including me are of a solid conviction that the laws of the land has favored Kennedy Agyepong so much that he feels that he can do anything at any time in this country and walks away unpunished.

After threatening Ahmed Swale of Tiger Eye PI, Kennedy Agyepong have now turned his ugly threat towards that of former president John Mahama and other big wigs of the NDC.

Mr. chief justice, I am indeed disappointed in this very case. If I were the one found in such a behavior, you (the bench) would have by now shown me the powerful site of the contempt law. If the preamble of the law that preaches that we are all equal before the law, and that the law is superior to every citizen, then crack the whip! Don’t give us the chance and reason to think that some people are powerful than the law. For me I have indeed lost hope in your leadership as a chief justice. Posterity wouldn’t be your good friend.

As Ken walks freely, Inusah Fuseini is however been hunted by state’s security. Time will tell!

A poor student was hurriedly fined for allegedly threatening to burn down the edifice of the apex court. Sadly, the life of one of your own was threatened and yet no show. Is the contempt of court law dead? Abugri from Bugri wants to know.