Financial inclusion for women in Africa: Pathway to economic empowerment 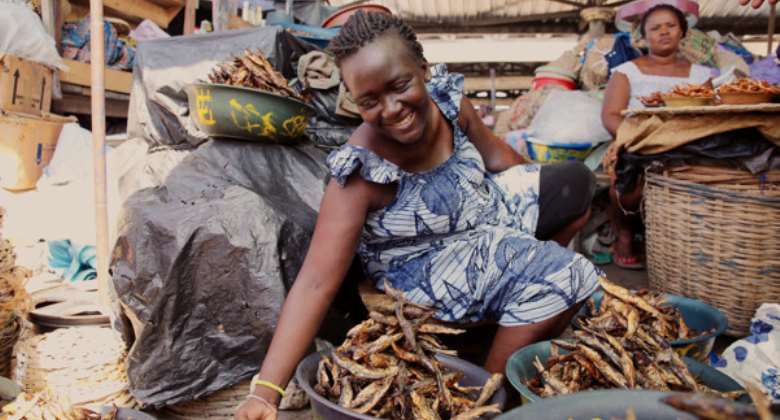 This current change in the financial sector is enhancing access to financial services for the underserved and the unbanked population, which is reducing gender and income inequality. Financial inclusion in Africa almost doubled in 2017 when compared to 2011 (23% of the population had bank accounts or mobile money accounts), as 43% of adults had accounts at the bank or with mobile money service providers.

The growth in financial inclusion is largely attributed to mobile money adoption. Mobile money services in Africa have become indispensable, particularly in lifting women from poverty. Boosting women’s financial inclusion is vital to economic growth and poverty alleviation in Africa, where women experience a disproportionate level of poverty as a result of limited access to economic resources.

For instance in Côte d'Ivoire, where the gender gap for access to financial institutions increased by 90% between 2014 and 2017, the gender gap in mobile money dropped by 35% within the same period. Women’s financial inclusion in Africa has improved significantly in recent times. Between 2011 and 2017, the share of women with bank accounts or mobile money accounts increased significantly among African countries. Within this duration, women with bank accounts have increased by seven-fold in Senegal and double in Ghana and Kenya. Other African countries such as Uganda, Lesotho, and Gabon also recorded remarkable growth in financial inclusion.

Although the proportion of adults with an account at a financial institution in SSA increased by 4 percentage points from 2014 to 2017, the share of adults with mobile money accounts was almost double, thus from 12% to 21%. With a gender gap of 11% in SSA, men represent the largest percentage of account ownership, thus 48% of men have accounts and 37% of women also own accounts at a bank or a mobile money service provider. The size of this gender gap varies across different countries in SSA.

For example in South Africa, women and men are equally likely to own an account at a bank or mobile money account. This is not the same situation in most countries in SSA. With significant gender gaps in countries such as Ethiopia, Mozambique, Uganda, and Côte d'Ivoire, men in Nigeria are twice as likely as women to own accounts.

In North Africa, progress in financial inclusion has been relatively slow, as two-thirds of the adult population in the region are unbanked and the gender gap for access to financial services is 18%, the largest in the world.

Furthermore, improving access to secure savings accounts for women could stimulate economic resilience and increase control over financial resources for women in Africa. This improves the household decision-making power of women which ultimately leads to a better outcome for children, household nutrition, and the community as a whole. Despite the importance of financial inclusion in women’s economic empowerment, women in Africa are disproportionately excluded from formal financial services.

Complex cultural, economic, social, and legal barriers continue to retard growth in financial inclusion for women in African countries. For instance, in Gabon Cameroon, Chad and Niger there are regulations that deter women from opening bank accounts in the same way as men.

To ensure that women are adequately empowered through financial inclusion, Governments in Africa together with relevant stakeholders should reform and enforce regulations on asset ownership. For most African countries, asset ownership is a constraint to women’s access to credit and other financial services as women usually do not have complete ownership to assets such as land that could serve as collateral when seeking financial assistance.

Lastly, for Africa to achieve an effective regulatory framework for gender-sensitive financial inclusion that could enhance the economic empowerment of women in the region, it is imperative for development partners and relevant stakeholders to invest adequately in financial infrastructure. Appropriate investment in financial infrastructure will foster interoperability among different mobile financial service providers which will eventually increase the penetration of digital financial services among women.

Alexander Ayertey Odonkor is an economic consultant, chartered financial analyst, and a chartered economist with a keen interest in the economic landscape of countries in Asia and Africa.