Must Our Politicians Only Empathise With The Citizens When They Are In Opposition? 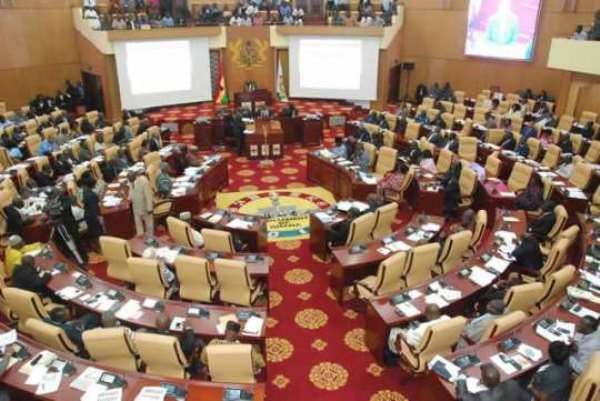 In Ghana, politicians can only think rationally and talk a lot of sense when they are in opposition! Once they start to feel the same plight as ordinary citizens, they begin to speak the truth using their brains rather than their stomachs. I feel deeply sorry for the citizens, who endure enough economic turbulent as nothing changes in the lives of those who keep living in abject poverty created by the looting and thievery desires of our politicians in society.

Have you asked yourself why every new government wants to have things done their way and not the way of ordinary citizens? Greed, nothing but sheer greed! They are so greedy and corrupted to the extent that, they can sell the entire country just to satisfy their parochial desires and still come to justify their impetuous actions while calling on us to extol their inexcusable mismanagement and pervasive corruption.

But who wouldn't do what these insensitive and greedy politicians do? After all, they're fed, clothed, transported, guarded with armed to the teeth security, and housed freely. All these, they get from the ordinary poor and suffering taxpayers' money. Just as our people say " The one who doesn't buy the gun powder, knows how to pull the trigger". Yes! He pulls the trigger anyhow and anywhere without thinking of the cost of the gun powder. This is exactly what our Presidents, Ministers, MPs, MMDCEs, etc, know to do better under the disguise of democracy.

Again, it's said that "A stone that's right in the middle of the sea doesn't feel the scorching sun and knows not how to empathize with the rock on the mountain, that's exposed to the burning rays of the same sun". So,

they will always tell us stories about how they suffer in their work. Nevertheless, no story will ever be told about how they enjoy our sweat with their friends and families while we starve to death.

Certainly, those in government feel no pain from the economic stress. And the only thing they know is poppycock and stupid accusations of each other, while their scandals are numerous and pervasive. They don't feel any guilt and shame because they're like the dog that has scat smeared on its head which, can't smell the stench itself anymore.

Ghana can only develop when these politicians start to reason properly as they do when they're in opposition. But if our way of doing things changes once we get into office, then we're going nowhere near the development. I say these words not to target any political party but all parties are guilty of this inhuman treatment meted out to the poor in society. I would have wished our politicians are uniform in expressing their feelings toward the suffering masses as when they either in government or out of office. However, once the table turns, the usual start signing in a different tone.

Who would thought an opposition party would say, " Ghanaians are tired and suffering under a particular government when the same people were neglected in their pain under the same government? What is much pathetic is when one party comes to power? They make us believe how they have managed the economy. If a managed economy is as sick as a patient suffering from chronic sickness, then I guess how the sick economy will look like