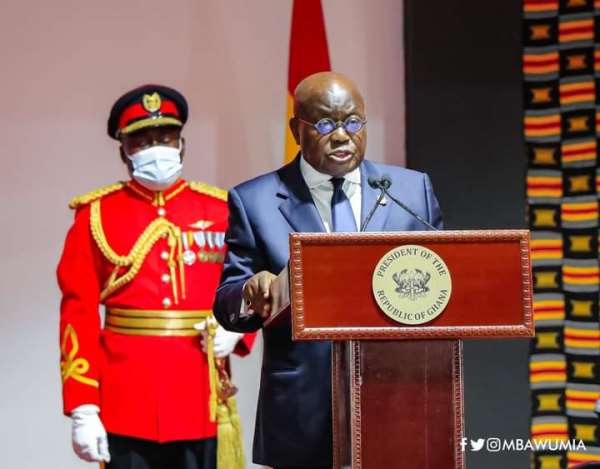 The executives of the China NPP Branch have congratulated President Nana Addo Dankwa Akufo-Addo on his victory in the last presidential election conducted in this country.

The executives were led by their chairman in the name of Mr. Ben Owusu Achiaw and assisted by the campaign committee chairman Dr. Koranteng Collins Osei with massive support from NPP China members.

We prayed for the President and the government and asked that God guide them to continue to implement policies and programs for the betterment of the people in his second tenure and the NPP China branch is ready to help.

“We pray that the country remains peaceful because the world is watching us”, Mr. Ben said, adding that God will help the nation sail through the challenges successfully.

The Chairman also submitted the NPP CHINA 2020 campaign report to the President.

Because of the good work the NPP government lead by you, President-elect Nana Addo did we the China branch also adapted constituencies like Hohoe, Suhum, Agona East with financial support, branded party T-shirt, balls, motorbikes, among others to help the last year campaign; also we donated a brand new Toyota pick up to the NPP National cCampaign team to help them spread the good work to the citizens of this country, he added.

President Akufo-Addo said it was incumbent on political party leaders to ensure the prevailing peace and stability in the country was sustained and also thanked the China branch for the support they always bring to the party also asked God to bless them.

According to President Akufo-Addo, “nothing bad should happen during our time as political leaders” adding that “all I need is for people like you to also support me through advice, encouragement, and anything that will help me achieve that”.