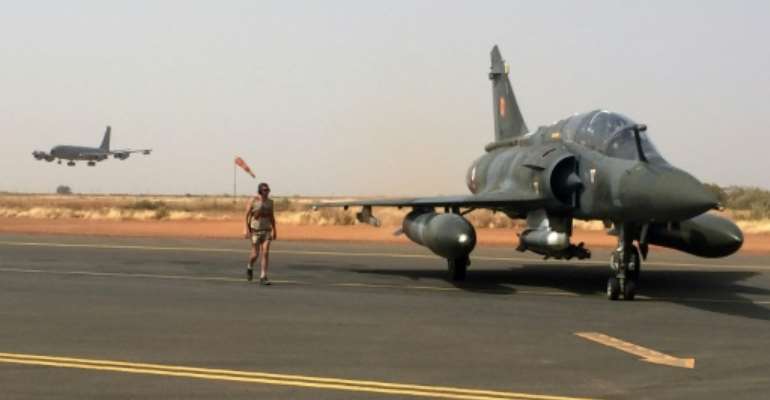 France said Tuesday it had killed dozens of jihadists in a weekend air strike in central Mali, while several villagers and a local group said up to 20 wedding guests were killed by fire from a helicopter.

Social media has been buzzing with rumours since Sunday about events in Bounti, and villagers there told AFP that a wedding party was attacked by an unidentified helicopter.

Separately, French military headquarters told AFP fighter jets had "neutralised" dozens of jihadists in central Mali after the group had been tracked for several days.

"The reports relating to a wedding do not match the observations that were made," an army spokesman told AFP.

With no early statements from French or Malian officials, rumours filled the gap.

Confirmation of reports is difficult in a remote area where many jihadists are thought to operate.

Offensive aerial operations in Mali are mainly conducted by the Malian military or by the French anti-jihadist force Barkhane.

Villagers in Bounti said a lone helicopter opened fire in broad daylight, sowing panic among a crowd gathered for a wedding.

"It was run for your lives," said Ahmadou Ghana, who said 19 people died, including two of his brothers, and several others were seriously wounded.

"We were surprised by the intensity of the strike," said another villager, Mady Dicko, adding: "The helicopter was flying very low."

On Sunday, Tabital Pulakuu, an association that promotes the culture of Mali's Fulani ethnic group, reported an "air strike that claimed the lives of at least 20 civilians" during a wedding. 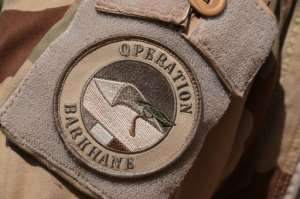 France has 5,100 troops deployed across the Sahel in Operation Barkhane. By Dominique FAGET (AFP/File)

A French military source who was familiar with Sunday's operation told AFP: "There can't be any doubts or ambiguity, there was no wedding.

"This was a strike that was carried out after a particularly strict, multi-party process on a fully identified armed terrorist group, after collating information, intentions, posture, in a studied area," the source said.

It remains unclear, however, whether the French military and the Bounti villagers were referring to the same event.

A spokesperson for the 13,000-strong United Nations' peacekeeping force in Mali, known as MINUSMA, said the force was "not involved" in the events in Bounti.

The village lies in the jihadist-infested Mopti region, about 600 kilometres (370 miles) from the Malian capital Bamako. 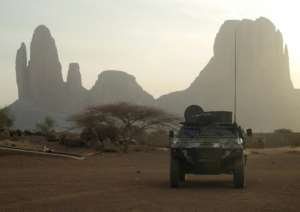 The region is the epicentre of a deadly Islamist offensive that began in northern Mali in 2012. By DaphnÃ© BENOIT (AFP/File)

Thousands of soldiers and civilians have died in the conflict to date and hundreds of thousands of people have had to flee their homes.

But the Bounti deaths come during an apparent uptick in bloodshed across the Sahel.

On Saturday in western Niger, jihadists killed 100 civilians in one of the single largest massacres of non-combattants in the history of the insurgency.

France, which has 5,100 troops deployed across the Sahel, also lost five soldiers to roadside bombs in recent weeks.

Away from the fighting, the village tragedy will raise pressure on the Mali's interim government, which is dominated by figures with army links.

Army officers toppled president Ibrahim Boubacar Keita on August 18 after weeks of protests -- sparked in part by his failure to defeat the jihadists -- before handing over to a caretaker government.

Our leaders should swear with eggs that they’re against LGBT...
32 minutes ago

Check what Supreme Court said about key issues in the dismis...
53 minutes ago