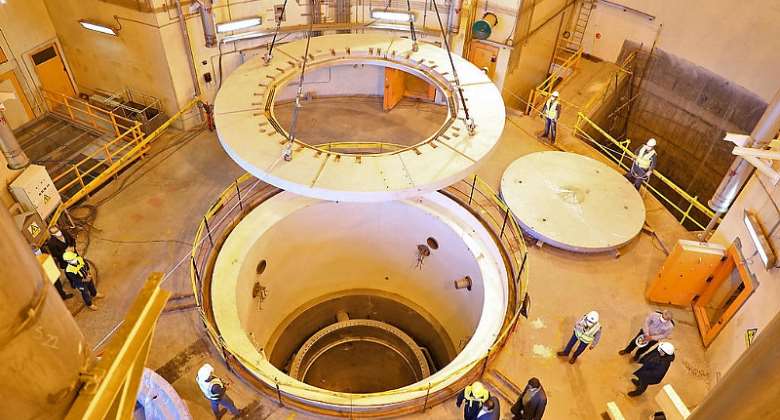 Iran has started the process to enrich uranium to 20 percent purity at its underground Fordow facility, state media reported Monday, going well beyond the threshold set by the 2015 nuclear deal.

This is the latest and most important suspension of nuclear commitments agreed by Iran under the landmark Joint Comprehensive Plan of Action (JCPOA), signed in 2015.

Iran has gradually abandonned key provisions of the international deal in response to US President Donald Trump's dramatic withdrawal from the accord in May 2018, with the US subsequently imposing heavy economic sanctions on Tehran.

Head of the Atomic Energy Organisation of Iran (AEOI), Ali Akba Salehi, was quoted by the state-controlled Mehr news agency as saying that "we were able to achieve 20 percent uranium enrichment technically within 24 hours," adding that “until three or four years ago, we used to produce an average of 4 to 5 tons of yellowcake, but now, for about two years, we have increased the production of yellowcake to 30 tons," an amount that may grow to 40 tons, or an eight-fold increase compared to 2018. Yellowcake is concentrated uranium powder, and is an intermediate step in the processing of uranium ore.

The European Union on Monday said that Iran's enrichment programme would be a "considerable departure" from the 2015 deal.

EU spokesman Peter Stano said Brussels would wait until a briefing from the director of the UN's IAEA nuclear watchdog later Monday before deciding what action to take.

On 31 December, Iran informed the International Atomic Energy Agency (IAEA), that it would begin producing uranium enriched to up to 20 percent purity, the level of enrichment before the nuclear deal was reached.

According to the latest IAEA report available, published in November, Tehran was previously enriching uranium to levels greater than the limit provided for in the 2015 Vienna agreement (3.67 percent) but not exceeding the 4.5 percent threshold, and still complied with the agency's strict inspection regime.

In the aftermath of the attack, blamed on Israel, hardliners in Tehran pledged a response and on 1 December, the conservative-dominated parliament passed a bill "for the lifting of sanctions and protection of the Iranian people's interests".

The bill also called for the production and storage of "at least 120 kilogrammes per year of 20 percent enriched uranium", and mandated the administration to end UN inspections of Iran's nuclear facilities, if the remaining parties to the deal -- Britain, China, France, Germany and Russia -- do not facilitate Iran's oil sales and guarantee the return of the proceeds.

Earlier, the EU had spoken in favor of maintaining the deal, in spite of the US unilateral withdrawal.

In a statement on 21 December, France, Germany and the UK “re-emphasised their commitment to preserve” the JCPOA and pointed at the “need to address … sanctions lifting commitments”.

All eyes are now on the US, where president-elect Joe Biden will take the helm in just two weeks. If it is up to France, the other European partners, China and Russia, the JCPOA may be restored, albeit with some modifications.