Debt and Covid are a double whammy for Zambia 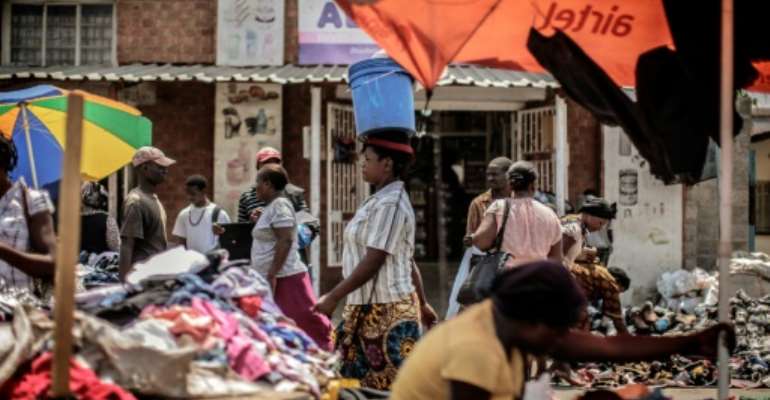 The price of imported goods has soared since the government defaulted on foreign debt. By GIANLUIGI GUERCIA (AFP/File)

For days on end, Mildred Mwenya hasn't seen so much as the shadow of a customer in her pharmacy in the Zambian capital Lusaka.

Today, her stomach was as empty as her premises. She had been unable to afford breakfast before coming to open the store.

She is one of a growing number of victims in Zambia of a double hit -- a macro-economic crisis combined with the coronavirus pandemic.

"When we come for work, we have no customers and not even food to eat for the morning," says Mwenya, from behind her counter.

"When you go to order goods and the following day the prices increase, business is bad," she explains.

"Those who use transport are affected and we also need to pay rent for the shop."

A landlocked country in southern Africa, and the world's second-largest copper producer, Zambia has been lashed by a plunge in commodity prices.

Starved of income, the government announced in mid-November that the country would no longer pay creditors -- and the prices of basic goods began to rise.

The nation of 17 million people has a foreign debt estimated at nearly $12 billion, half of which comes from private creditors. Much is owed to China.

In mid-October, Zambia missed the deadline to honour a payment of $42.5 million due on a bond worth $750 million which matures in 2022.

Once classified as a defaulter, a country undergoes penalties that further increase the cost of servicing its debts, said economist Mambo Hamaundu.

"You won't have money to buy medicines in hospitals, chalks for our schools, because more money would have moved away from the treasury," Hamaundu says. "If there is no money in the treasury the ordinary citizens will suffer."

"This will mean that sectors like health, agriculture and education will be affected," said Nalucha Ziba, country director for the charity ActionAid.

'Eating once a day'

That warning is borne out by the evidence on the streets of Lusaka. 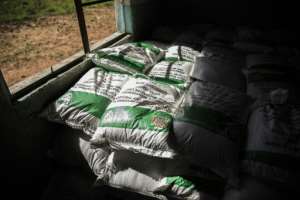 Zambia was hit by poor harvests in 2018 and 2019 - nearly half its population is unable to meet minimum calorie requirements, the UN says. By Guillem Sartorio (AFP)

"I have resorted to eating once a day," she says.

Employed as a cleaning lady with a monthly salary just under 750 kwacha, Kalaba must produce rent of 500 kwacha each month.

She is left with the equivalent of around $10 each month to keep her family alive. By way of comparison, that is less than the price of three kilos of potatoes, the price of which has risen by 30 percent.

Some medicines have started to run out and "taking care of yourself has become costly," says Bright Mapiki, who runs a Lusaka chemist's shop.

In the Chazanga shanty town north of the city, Martin Mooya can no longer afford school fees for his children. All that he earns from a small store is swallowed up by the daily shopping bill.

"I am struggling to make ends meet and the situation has been worsened by the debt default by our government," he says.

"Come next year I am voting this government out."

It's in our collective interest to take Covid-19 vaccine - B...
53 minutes ago

Kpone-Katamanso ready to for COVID-19 jab
1 hour ago