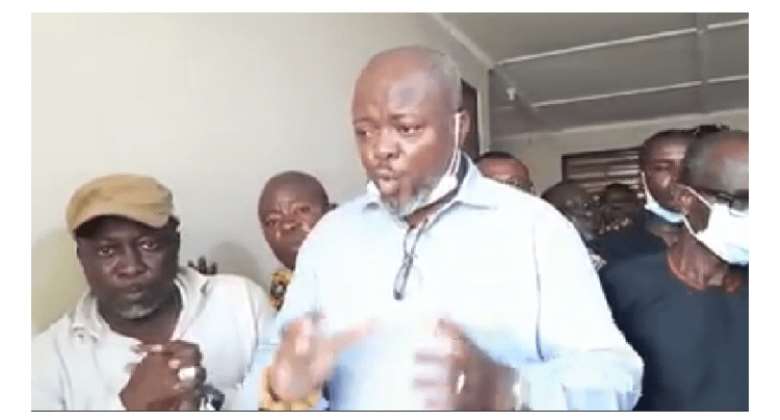 The entire membership of NPP-Finland and scores of Ghanaian residents in Finland have learned with disbelief an attempt by leading members of the opposition NDC to acquire pink sheets by occupying the EC's offices in Techiman. The attitude of the lawyers among the uninvited guests from the NDC outraged many Ghanaian residents in Helsinki, capital of Finland.

If the NDC says they have all the pink sheets from all the polling stations across the country, they should proceed to court as the NPP did in 2012 led by their presidential candidate, vice presidential candidate and the party chairman. Ghana elects its leaders through democratic processes and election grievances are addressed at the law courts of the land. Without any evidence of “fictitious flawed” election results as the former president and presidential candidate of the NDC, John Dramani Mahama's would want us to believe, his undemocratic pronouncements have energized a section of his party leadership to storm EC premises, whilst another section of party leadership leading assault and disturbances on the streets of Ghana.

NPP-Finland therefore, charges the former president and presidential candidate of the NDC, John Dramani Mahama and his party, the NDC to stop unleashing their strong men and women to mentally, psychologically and physically attacking heads of institutions and the media in their demonstrations against the EC’s declaration. Pockets of mayhem being caused could denigrate into widespread disturbances of our national peace if the current trend is not stopped immediately. The NDC can rather seek arbitration at the institutions that matter in election related matters as democratic principles demand. Mr, Mahama, go to the Supreme Court of the land. We must build on our good democratic credentials and not destroy what we have built so far. We oppose strongmen/women and uphold strong institutions.